Here's What a Rude Word For a Woman Looks Like—Literally

“She’s a butterface” is a saying meant to convey that everything about a woman is good… but her face. Photographer Anna Friemoth’s literal lens reveals the phrase as the slur that it is.

That’s the thought experiment behind Friemoth’s new collection, “Words for Women.” As Slate highlights, Friemoth takes common phrases associated with women and reimagines them as colorful, literal portraits. “Trophy wife” becomes a stoic woman covered in shiny silver; “wallflower” becomes a woman in a red dress mounted on a wall; “arm candy” becomes a woman covered up in a polka-dot wrapper.

“I started thinking about labels people use for women and the idea for the photos came from there,” Friemoth tells TIME via e-mail. “Arm candy, sugar tits, butterface—people throw these words around all the time. But when you break them down and take them literally, these words turn the female body into an object of consumption.”

“Words for Women” is on display at Gallery 151 in New York City until Mar. 18. The exhibit is made possible by Mike Namer and Alfa Development and organized by Anna Gritsevich of Wallplay. 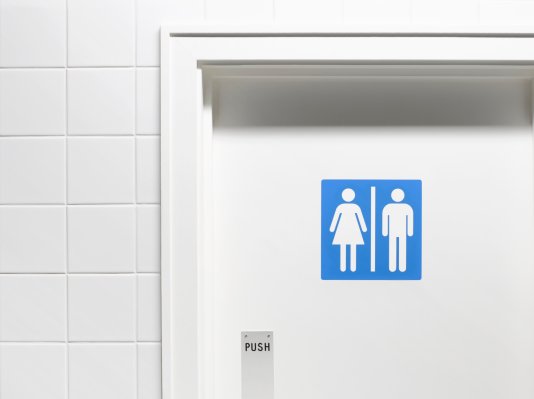 Gender Is Not Just Chromosomes and Genitals
Next Up: Editor's Pick