Why You're Hearing About Listeria Way More Often

Foodborne illness might seem to be happening more frequently than ever, especially with recent headlines about Chipotle’s E. coli outbreaks and last month’s listeria contamination in Dole salads. But hearing more about these outbreaks may be a sign that the food supply is getting more safe—not less. Thanks to a new pathogen-tracking system, the government says it can connect cases that previously would have been seen as separate bouts of food illness.

“Listeria has been in the news lately because we have been using this new system that is helping us find more, and sometimes we find ones we think we would’ve missed before,” says Dr. Robert Tauxe, deputy director of the division of foodborne, waterborne, and environmental diseases at the U.S. Centers for Disease Control and Prevention (CDC). “I hope it means we will be finding outbreaks while they are smaller and stopping them.”

Federal officials are becoming better food sleuths thanks to a national database on microbes that they’ve been amassing since 1996 when they launched PulseNet. PulseNet lets scientists track infections caused by bacteria like listeria and salmonella. More advanced pathogen science lets officials see patterns in disease spread more closely than ever before. Building on the earlier tech, officials now use PulseNet with a new technique called whole genome sequencing, which shows scientists a pathogen’s complete DNA makeup.

Last year the CDC used that technique to figure out the source of a years-long foodborne illness outbreak. It was the first time the agency had identified an outbreak of this magnitude, with cases over several years. The listeria outbreak across several states that sickened 10 people and killed 3 started with Blue Bell ice cream, they concluded. Until recently, this mystery might have been impossible to solve, because the cases of infections occurred over several years as far back as 2010. But listeria had been identified during a routine product inspection and was entered into PulseNet, so doctors in states across the country were able to match the infections they were seeing to the Blue Bell strain by logging them into the system.

“It was the whole genome sequence that tied it all up and gave us the confidence that, boy, this was really happening,” says Tauxe.

Blue Bell ultimately recalled its entire product line. The company is currently under investigation by the Justice Department.

Blue Bell’s wasn’t the only listeria mystery the CDC solved in this way. In September, the CDC used whole genome sequencing and information from PulseNet to identify an outbreak of listeria linked to soft cheese, which had sickened 24 people. The recent outbreak linked to packaged salads was also discovered using the same method in January.

The legal consequences of food safety violations also appear to be getting more severe. The U.S. Food and Drug Administration (FDA) now has more regulatory power over food safety and is bringing more criminal charges against companies involved in food safety scandals.

These two factors—more precise tracking methods and sharper teeth to enforce the law—are making some food executives skittish. “What I hear in my conversations with CEOs and executives in the last couple of weeks is ‘I don’t want to end up in orange,’” says Shawn Stevens, a food safety attorney, who’s referring to executives not wanting to go to jail due to their role in a food-borne outbreak. “It’s becoming part of the dialogue now at the corporate level.”

But increased oversight will ultimately result in fewer outbreaks, Tauxe hopes. “The people who make the food have to do it correctly and do it safely,” he says. “I think we will all be healthier in the future.” 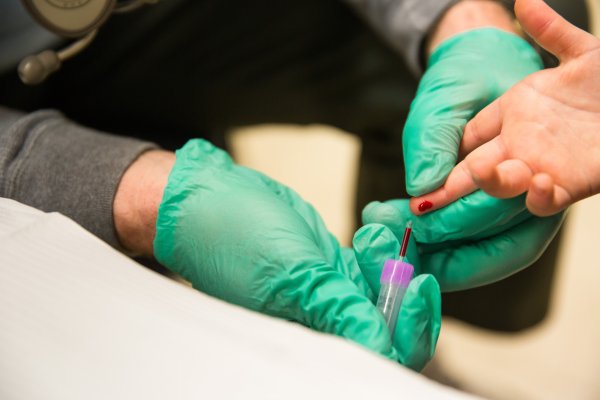 How Lead Is Devastating Generations Around the World
Next Up: Editor's Pick