Investigators walk through the property owned by Dave and Robert William Pickton on April 17, 2002 in Port Coquitlam, British Columbia as part of a continuing investigation into women who disappeared from the Vancouver area over the past two decades.
Don MacKinnon/Getty Images
By Katie Reilly

A book reportedly written by a convicted Canadian serial killer has been removed from Amazon, after its publication sparked outrage among the family members of his victims.

The memoir by Robert Pickton, titled Pickton: In His Own Words, claims he is innocent. The book was removed from the online retailer’s Canadian website by Monday afternoon, the Associated Press reports. Officials are still investigating whether Pickton actually wrote the book and if so, how his writing could have been smuggled out of the prison where he is serving a life sentence.

Pickton was convicted in 2007 of six counts of second-degree murder for killing sex workers at his farm and feeding some of their remains to his pigs, according to the AP.

A change.org petition launched in honor of the families urged Amazon to stop selling the book out of respect. By Tuesday, it had been signed by more than 54,000 supporters.

“Because of your participation a serial killer has been denied the publicity he sought and the families of his victims will have a little more peace of mind,” an update to the petition said on Tuesday.

Outskirts Press, the company that published the book, said in a statement that it had asked Amazon to remove the memoir from its website, the AP reported.

The book also appears to have been removed from Barnes & Noble’s site. 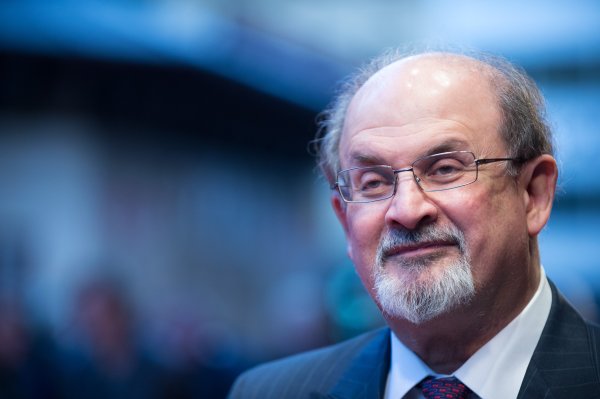 Iranian Hardliners Up Bounty For Killing Salman Rushdie
Next Up: Editor's Pick