Caitlyn Jenner took to social media Monday to pressure South Dakota Governor Dennis Daugaard to veto a bill that would force transgender children to use school bathrooms and locker rooms that are consistent with their “chromosomes and anatomy” at birth.

South Dakota’s senate voted to approve the bill after a heated debate. It would be the first state to have such a law. Schools would be required to make “reasonable accommodations” for trans schoolchildren, like single-occupancy bathrooms.

Jenner, a former Olympian and leader in the transgender community, asked her Twitter followers to tweet at Daugaard and tell him why he should reject the bill:

The American Civil Liberties Union also opposes the measure. The executive director, Heather Smith, has argued that the bill will force students to choose between bathrooms that don’t respond to their gender identity or isolated accommodations that would single them out among their peers.

“We know transgender students face staggeringly rates of depression and anxiety, and an alarming 41% of transgender people have attempted suicide,” Smith said in a statement on the site. “H.B. 1008 would do nothing to protect students’ privacy but it will do real and lasting harm to vulnerable transgender students.”

The debate around transgender-friendly bathrooms has turned into a civil rights issue. The Department of Justice has said that denying trans people access to certain restrooms is tantamount to sex discrimination under Title IX.

Daugaard plans to meet with a group of transgender people on Tuesday to discuss his decision. 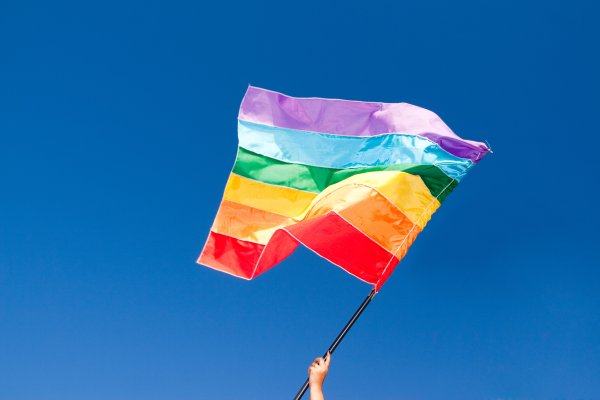