Americans Say North Korea Is a Bigger Enemy Than ISIS

Although stories of Americans defecting to ISIS have been more pervasive than defections to North Korea, more U.S. citizens say the Asian country is the nation’s “greatest enemy,” according to a Gallup poll.

16% of Americans said North Korea is the U.S.’s “greatest enemy,” topping Russia(15%), Iran (14%), and China (12%), according to a Gallup poll released on Monday. Just 5% of Americans see “countries in which ISIS operates” as America’s greatest enemy.

In recent months, North Korea, under the leadership of Kim Jong-un, has become increasingly active, with a rocket launch in early February, an alleged successful hydrogen bomb detonation in January, and a high-profile Sony hack back in 2014.

Notably, North Korea’s rocket launch coincided with the timing of the poll: Feb. 3 through Feb. 7, which may have affected Gallup’s numbers. According to Gallup, 58% of American adults consider North Korea’s military power a critical threat.

Last year, Americans found Russia to be the biggest threat, with 18% considering the country the U.S.’s greatest enemy. That title went to China, with 20%, in 2014.

Which countries U.S. citizens considered their “greatest enemy” also didn’t necessarily correlate to how favorably Americans viewed them. While 44% of Americans had a favorable view of China, just 14% had the same opinion of Iran.

“Though no one country dominates Americans’ thinking when they are asked to name the United States’ greatest enemy, they most frequently mention North Korea, Russia, Iran and China, and all have ranked highly in recent years,” the poll noted. 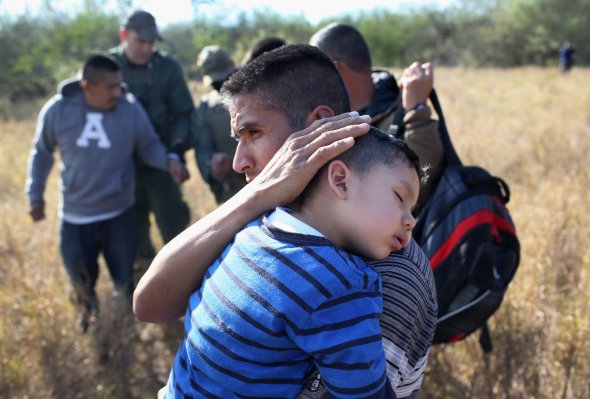 Illegal Immigration Is Not the Only Problem—Visas Are Too
Next Up: Editor's Pick