Everything to Know About Britain's E.U. Referendum

By Eliza Gray and Dan Stewart

The United Kingdom is in the throes of “Brexit” mania, now that Prime Minister David Cameron has finally called a referendum on the country’s membership in the E.U. for June 23. Here’s a guide for readers who may be unfamiliar with the issue:

Why is Britain voting to stay or leave the European Union?
Prime Minister David Cameron promised the country the chance to vote on Britain’s membership in the E.U. back in 2013. You can read TIME’s cover interview with Cameron on his decision here, which sets out the political and historical reasons behind his pledge. In short, Cameron—who famously urged his party to stop “banging on” about Europe shortly after being elected—believed he could use the threat of Britain’s possible departure to negotiate better terms for the country on issues such as immigration and financial regulations. Having won re-election in 2015, he began months of talks before finally sealing a deal on reforms with the E.U. this weekend, allowing him to set the date for a referendum.

Why would Britain want to leave the E.U?
The so-called “Euroskeptics” believe the economic and political partnership between 28 European countries has undue influence over British sovereignty, handing control of tax policy, financial regulation and migration levels to policymakers in Brussels, where the European Union’s institutions are headquartered. Those who favor a clean break from the E.U. believe Cameron’s deal does little to improve the relationship, and that Britain would have greater global influence and a stronger economy if the country votes to leave.

Why would Britain want to stay in the E.U?
The argument goes that European integration gives the bloc as a whole better bargaining powers on trade and defense, and boosts each member state’s economy by allowing free movement of labor and trade within the union, and promoting greater stability. Those in favor of a unified Europe also say that the E.U. has more leverage in foreign policy as a unit, especially when it comes to putting pressure on Russia and China on everything from military concerns to human rights abuses. The “Remain” lobby also warns of dire consequences for the economy and the U.K’s standing in the world if Britain leaves, leading some to call them “Project Fear” (after the nickname for the movement to keep Scotland in the U.K. in 2014).

Isn’t this really all about immigration?
It’s true that many Euroskeptics feel as if the E.U.’s open border policy allows too many migrants to come to the U.K. from poorer, Eastern European member states—and believe Brexit would finally allow the government to stem the flow. The influx of Poles and Romanians in the years since the E.U. expanded in 2004 and 2007 has undoubtedly put pressure on blue collar workers, much as the influx of Latin American migrants has done in the U.S, but studies have shown East European workers actually representing a net benefit to the economy, and do not squeeze wages downwards as some Euroskeptics would insist.

Who is in favor of remaining in the E.U.?
Cameron, having secured a settlement that he says will make Britain stronger within the E.U., will now be the primary cheerleader for a “Remain” vote. The majority of his ministers are in support, and almost every MP in the opposition Labour Party too. Outside of Parliament, corporate leaders have lined up to urge Britons to remain; the top executives of about half of Britain’s top 100 companies have signed a letter backing Cameron, while notable figures such as Virgin chairman Richard Branson and WPP chairman Sir Martin Sorrell have warned Brexit would be disastrous. Younger voters with higher levels of education are more likely to support Remain, surveys have found.

Who would prefer Britain leave the E.U.?
At least half the Conservative Party’s members of Parliament are in favor of leaving, by most measures, including six ministers in Cameron’s cabinet, as well as the mayor of London Boris Johnson. The exuberant mayor, a popular figure who has long coveted Cameron’s job, could be one of the most influential voices in the debate to come. Others who plan to campaign to leave include Nigel Farage, head of the rightwing United Kingdom Independence Party, and celebrities like actor Michael Caine. Surveys have found older and less educated voters are likelier to support Brexit.

What would happen if Britain leaves?
Economists disagree about what effects would be long term, but in the short term, it would undoubtedly be unsettling for the British and European economies. The prospect has already disturbed the market; the pound sterling hit a seven-year low against the dollar on Monday on news that Johnson was backing Leave, while credit agency Moody’s has warned that Britain’s robust credit rating could be at risk.

What do the polls say?
Most polls give Remain the edge at this stage of the referendum. A typical poll by Ipsos Mori shows a slim majority (51%) wanting to remain part of the E.U. with 36% set to vote to leave and 13% undecided. But recent opinion polls in the U.K. have been notoriously inaccurate; the Conservative Party won a large majority in last year’s general election even though most polls forecast a hung Parliament. With four months of campaigning still to go, there’s plenty of time for people to change their minds. 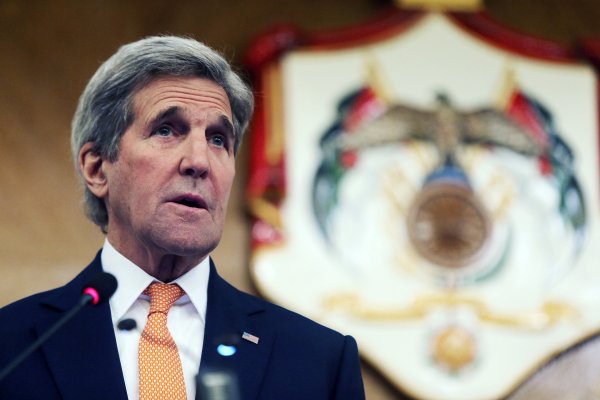