5 Ways To Send Money With Your Smartphone

The Venmo mobile-payment app connects users to bank and credit-card accounts, and then links them up with friends to send and receive money on-the-go.
Andrew Harrer—Bloomberg via Getty Images
By John Patrick Pullen

Payback, as the saying goes, can be a real…well, you know the rest. The saying rings especially true today, as more people opt to carry credit and debit cards rather than dollar bills.

“Cash was once the king, and it still is in certain pockets of the economy,” says David Wolman, author of The End of Money. “But with every new digital money innovation, paper money looks more and more like a modern-day monarchy: antiquated, impractical, and expensive.”

Thankfully, a bunch of new apps make it simple to send small amounts of money to friends, family, landlords and more. Last month alone, people used Venmo to move $1 billion, and that’s just one of many services out there letting people swap dollars and cents. “Options for sending money electronically are making cash less relevant,” says Wolman. “Venmo’s huge month is yet another example of this trend.”

Ready to empty your pockets and invest in a digital wallet instead? Check out these five options for sending money using your smartphone.

In an effort to turn Facebook Messenger into a one-stop-shop for all sorts of services, everyone’s favorite social network added peer-to-peer payments to its mobile app in 2015.

Sending and receiving money using Facebook Payments is almost as easy as chatting. Just open the field like you were about to send a message to the person you’d like to give money to. Below the chat box there’s a circle with a dollar sign in it — tap that. (If it’s not visible, tap the three-dot icon instead, and it will appear.) Then tap “Pay,” and you’ll be prompted to add your debit card information.

Facebook doesn’t list any limits regarding how much money you can send and receive using the service, but the company does say in its terms that it can impose its own limits at its discretion.

Though it’s been around for a while as a loyalty card and wireless payment system, the current iteration of Google Wallet is all about sharing your wealth with friends and family.

Google Wallet doesn’t charge anything for sending and receiving money. It breaks the bank by allowing up to $9,999 in a single transaction, and as much as $50,000 over five days. The app also lets you schedule recurring (weekly, bi-weekly, or monthly) payments, which is a handy tool for splitting a regular bill, like rent, with a friend or roommate.

Google Wallet also pulls some old-school payment technology back into the loop with its Wallet Card, a debit account that links to your Google Wallet and lets you make purchases without the hassle of transferring your money over to your bank account.

The granddaddy of cash-less commerce, PayPal has a lot more than just the momentum of more than 179 million users on its side. (But that doesn’t hurt, either.) With recently redesigned Android and iOS apps, it’s ready to defend its turf. And though PayPal got its start on desktop computers, its mobile app accounted for 25% of the $20 billion it processed in the last quarter alone.

And it looks like PayPal threw a lot of money into making its new app. With “Send Money” and “Request Money” literally at the center of the app, its clear that PayPal is prioritizing cashless transactions. But it’s in this game to make a buck, and it’s shrewder than the competition.

While the company says it’s “usually” free to send or receive money using the app, that’s only true as it applies to your PayPal balance or bank account. If you use your debit or credit card to send money through the app, either the sender or recipient pays 2.9% plus a $.30 transaction fee. And if you’re sending your funds outside the U.S., be prepared to kick in even more money. But the fact that PayPal is so widely accepted makes these fees worth it, sometimes.

Better known for its small business register apps, Square has also a person-to-person cash swapping service called Square Cash. Available on Android, iOS, and Windows Phone, the free-to-use service begins with a $250 weekly spending limit and a $1,000 monthly receiving limit. But once you provide the app with some personally identifying information, those numbers rise to $2,500 and unlimited, respectively.

Square Cash also has some innovative technologies to help redistribute wealth. The first, its $Cashtag system, lets anyone send a Square Cash user money directly through a personal web address, which looks something like http://www.cash.me/$samplename. The second is its Apple Watch app, which takes the phone out of the digital wallet equation and lets users give money to their favorite contacts with the flick of the wrist.

Venmo may be the least familiar name on this list to the old money set. But for social media-savvy millennials, the smartphone-connected service might be more popular than ATMs. Designed to send money between friends and family, it’s a go-to for divvying bar tabs or splitting up the rent check.

Venmo links to bank accounts or debit cards and lets people pay each other even if they only know the recipient’s phone number or email address. (But note: these people will need to sign up for the service if they want to retrieve their money.) Available on Android, iOS, and Windows Phone, the service has a weekly limit of $299. That is, at least, until the user adds personally identifying information, at which point the limit goes up to $2,999. Venmo also connects with Facebook, making it even easier for users to find their friends.

But the big draw attracting users to Venmo is its cost. Sending money from your Venmo account can be free, as is receiving it. So how does the company manage to actually make money? There are two answers to that question. First, Venmo charges 3% per transaction if you use a credit card rather than a debit card or bank account to send money. And second, owned by Paypal, Venmo doesn’t need to be a cash cow — Paypal is using Venmo as a way to attract new users to its array of other services. 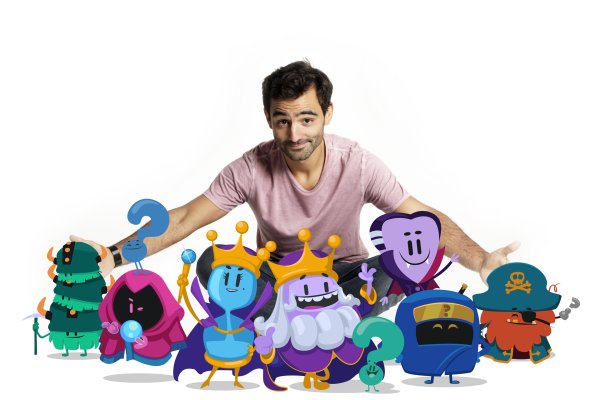 Here's What to Expect From The New Trivia Crack App Coming This Year
Next Up: Editor's Pick