Apple CEO Tim Cook thanked employees for their support in a mass email sent out early Monday amid the company’s ongoing fight against an order to help the government hack into an iPhone belonging to one of the San Bernardino shooters.

Cook also repeated his call for the FBI order to be dropped and proposed that the government instead form a commission to discuss the implications of such information-gathering methods going forward, TechCrunch reports.

“This case is about much more than a single phone or a single investigation, so when we received the government’s order we knew we had to speak out,” Cook wrote in the email. “At stake is the data security of hundreds of millions of law-abiding people, and setting a dangerous precedent that threatens everyone’s civil liberties.”

A U.S. magistrate last week ordered Apple to help unlock California gunman Syed Farook’s county-owned work phone, an order Apple has said it will resist. FBI Director James Comey said in a statement Sunday that the agency “simply” wants the chance to guess the terrorist’s passcode in a timely matter without the phone destroying its data from too many failed attempts.

“The San Bernardino litigation isn’t about trying to set a precedent or send any kind of message. It is about the victims and justice,” he said in the statement. “Fourteen people were slaughtered and many more had their lives and bodies ruined. We owe them a thorough and professional investigation under law. That’s what this is.”

“I hope folks will take a deep breath and stop saying the world is ending, but instead use that breath to talk to each other,” he added. 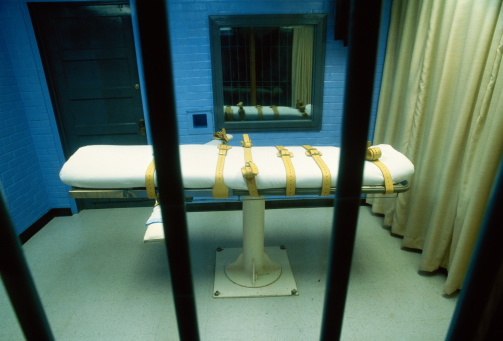 My Daughter's Killer Should Not Get the Death Penalty
Next Up: Editor's Pick