On Last Week Tonight, John Oliver wanted to talk about the polarizing issue of breast implants — sort of. “Some are against them, others believe they are fine in rare cases and some think you should be able to get them whenever the f— you want. Oh did I say breast implants? I meant abortion,” he said.

A new Gallup poll revealed that 19% of Americans think abortion should be completely illegal, while 36% think it should be allowed in some cases and 29% think it should be allowed on demand. Despite the fact that abortion is legal in the United States, in the wake of the U.S. Supreme Court’s decision in Planned Parenthood v. Casey, there has been an increase in state regulation of abortion clinics, resulting in a decrease in clinics in some states. North Dakota, South Dakota, Mississippi and Utah now only have one clinic per state. “Yes, Mississippi now has four times as many esses as it has abortion clinics,” said Oliver.

Oliver then broke down what these so-called TRAP (Targeted Regulation of Abortion Providers) laws do and the deleterious impact they can actually have on women’s health, which is especially alarming in light of the fact that legal abortion has a mortality rate of .00073%, which is comparable to death by colonoscopy, a.k.a. “the worst way to die,” according to Oliver.

Oliver is tackling this hot button issue now, because of a new Supreme Court case that could affect abortion rights in Texas and set a new standard for TRAP laws in the U.S. 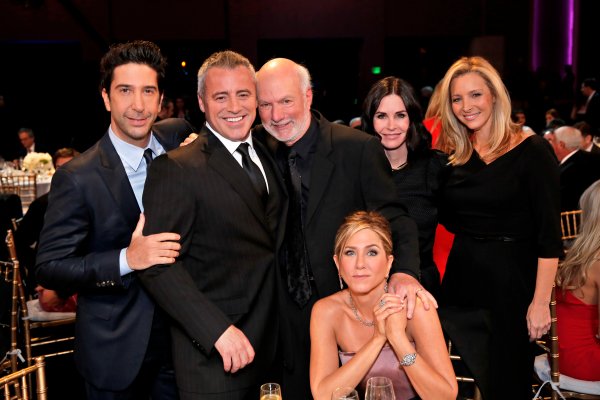 The Best Revelations From the 'Friends' Reunion
Next Up: Editor's Pick