A woman and her child pass by an Internet café in the West Point slum on Feb. 9, 2016, in Monrovia, Liberia
John Moore—Getty Images
By David Meyer / Fortune

The United Nations agreed last year that everyone, even in the least developed countries, should have Internet access by 2020. However, according to a study by the Alliance For Affordable Internet (A4AI), the world is currently likely to miss that target.

By how much? More than two decades. According to A4AI, whose members range from Google and Facebook to the World Wide Web Foundation and several governments, universal access will only become a thing in 2042, if we keep going at the pace we’re going.

Here’s what the alliance said in its report, released at the start of Mobile World Congress in Barcelona:

The current target here is for people to be able to get online for less than 5% of average incomes.

According to A4AI, income inequality is a big part of the problem — technically, just under half the countries covered in its report meet the target overall, but far fewer (nine out of 51) meet it for the bottom 20% of income earners. The gender wage gap means women are particularly unlikely to get online in much of the world.

The report recommends reforming tax and patent regimes to bring down the cost of phones (a pretty major factor in all this), increasing the available of public, subsidized Internet access and setting new targets to close the digital gender divide.

What’s more, the alliance wants a new, more ambitious affordability target: For people in even the poorest countries to be able to get 1GB of data each month for 2% or less of their average monthly income.

“This report must serve as a wake-up call to policymakers, business leaders and civil society everywhere,” said A4AI executive director Sonia Jorge in a statement. “If we are serious about achieving universal access by 2020, we need to condense almost 30 years worth of work into the next five years.” 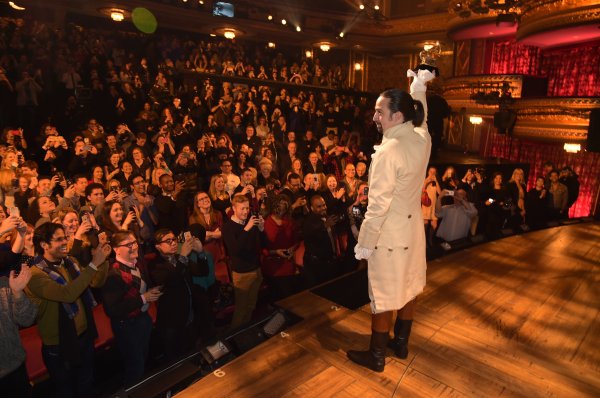 Here's What Everyone Was Googling During the Hamilton Grammys Performance
Next Up: Editor's Pick