People look at the burnt-out roof of a former hotel that was under reconstruction to become a shelter for migrants in Bautzen, Germany, Feb. 21, 2016.
Christian Essler—AFP/Getty Images
By Melissa Chan

Several people cheered with “unashamed delight” as a fire burned at a building set to house hundreds of migrants in eastern Germany, authorities said.

There were no injuries after the blaze erupted early Sunday, destroying the roof of a former hotel in the town of Bautzen that was being converted into a shelter for 300 migrants, the BBC reports. However, police suspect arson after some spectators tried to stop firefighters from putting out the flames and others appeared joyful at the sight of the smoke.

The fire comes days after about 100 protesters screamed “Go home” as they blocked a bus carrying migrants to a shelter in Saxony, according to The Guardian. Saxony Governor Stanislaw Tillich called the two incidents “abhorrent and disgusting,” adding that authorities will investigate and “bring everyone responsible to account,” the Associated Press reports. 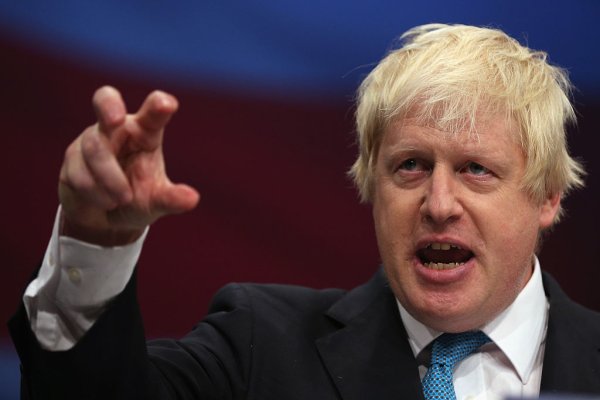