Petsitter Suing Couple for Over $6,700 After Negative Yelp Review

The Yelp Inc. application is displayed on an Apple Inc. iPhone.
Chris Goodney/Bloomberg via Getty Images
By Megan McCluskey

When Robert and Michelle Duchouquette of Plano, TX, weren’t satisfied with the care their three pets received while they were away on vacation, they wrote a negative review on Yelp for Prestigious Pets, the company that had looked after the animals.

The one-star review explained that — among other complaints — the camera attached to their fish bowl had shown that the petsitter had overfed their fish, causing the water to turn cloudy. “I think my review was fair. I went point-by-point on the things about the policies of the company I didn’t like,” Michelle told CBS DFW.

Prestigious Pets replied with a ostensibly-cordial response on Yelp, but sent the Duchouquettes a cease-and-desist letter shortly afterwards. “I was beyond shocked and a bit scared,” Michelle said.

Read More: Yelp Wants You to Review the Government

When the review was still not removed, the company sued for $6,766, claiming the couple had violated a “non-disparagement” clause in their contract.

Nicole Williams, an anti-trust and trade regulation attorney at Thompson & Knight, said that similar lawsuits have been unsuccessful for breaching first amendment rights. “There are a lot of challenges that can be made to that clause that they are against public policy, that they infringe first amendment speech,” she said. 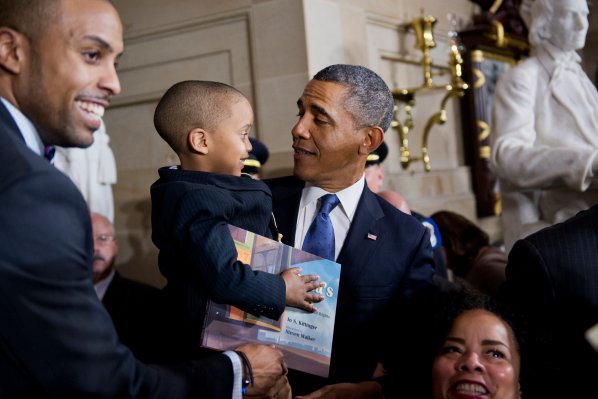 Here's Why Everyone Is Sharing Pictures of Obama With Kids
Next Up: Editor's Pick