Fiji has enacted a total public curfew in response to Cyclone Winston, which made landfall in the nation Saturday. Gusts from the huge storm reached 224 mph (the equivalent of a Category 5 hurricane) and the cyclone has caused power to go out on much of the tropical island nation.

A spokesman from the Fiji meteorological service told NBC that power is down across the island and even the meteorological service and the Disaster Management Agency can’t communicate. The government declared a “state of natural disaster” lasting 30 days for the entire country, which is home to about 900,000 people. Authorities are concerned the massive gusts and rainfall will cause mudslides and flooding.

The storm is the largest ever to hit the tiny island nation, which is roughly the size of Connecticut. 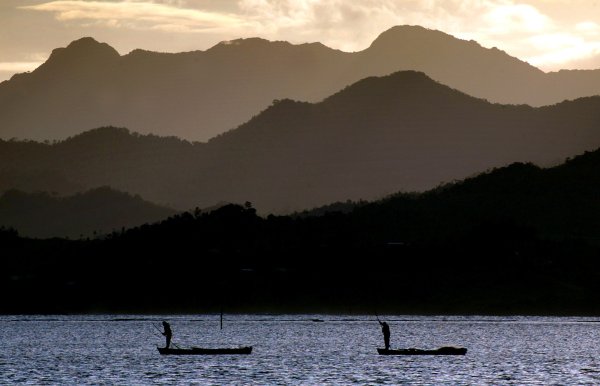