New Third Prize winner in the World Press Photo People categoryFara, 2, loves soccer. Her dad tries to make balls for her by crumpling up anything he can find, but they don’t last long. Every night, he says goodnight to Fara and her big sister Tisam, 9, in the hope that tomorrow will bring them a proper ball to play with. All other dreams seem to be beyond his reach, but he is not giving up on this one.
Magnus Wennman
By Olivier Laurent

In the aftermath of the Paris attacks, the walls of targeted bars became memorials, where thousands of people spontaneously came together to remember their dead. Many left mementos behind – flowers, letters, teddy bears and pictures of their lost loved ones. Daniel Ochoa de Olza, an Associated Press staffer, photographed these pictures, some already fading as rain drops covered them.

The emotional series of eight photographs won Third Prize in the People category at this year’s World Press Photo, one of photography’s most important contests. That has now changed.

The Associated Press has withdrawn the series of photographs from the contest claiming that they had been entered by error. “The photographs in question were never distributed by the AP – our criteria for entering work in contests – because of our policy on reproducing photographs taken by others,” says Santiago Lyon, AP’s vice president for photography. “We sincerely regret the inconvenience our withdrawal of these eight photos has caused World Press Photo and we will take immediate steps to prevent this from happening again in any photojournalism contest.”

A spokesman for the news agency declined to comment further.

“The jury had an abundance of quality photography to choose from in each category, and our processes are organized so we can accommodate an unforeseen circumstance—such as the withdrawal of a story by the owner of the entry,” says Lars Boering, World Press Photo’s managing director. “We are delighted to give the third-prize award to Magnus Wennman, a very worthy winner. We’re sorry that Daniel Ochoa de Olza’s third-prize award cannot stand given the request to withdraw the entry.”

Ochoa de Olza will not come away empty-ended, however, as the AP photographer also won Second Prize in the same category. 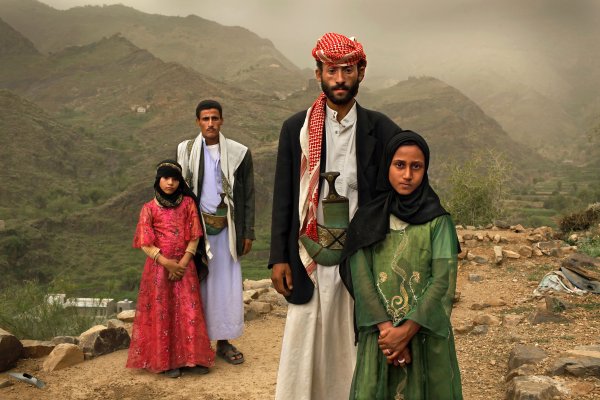