Reddit user McYay and her now fiancé were spending the day at Ripley’s Aquarium of Canada in Toronto when they decided to check out the “Ray Bay,” a.k.a. the stingray exhibit. At the end of the show, the couple was chosen to participate in an activity that was — unbeknownst to McYay — all part of an elaborate proposal plot.

“The host asked for 2 volunteers to play a game and they picked us to go up,” she wrote. “The game is for him to try describing a stingray and me try to guess what type…The hosts asks me for my answer and I blurt out the name of the only stingray from the show I can remember which is a Roughtail stingray. Host lady says I can turn around and see for myself and tadaaaa.”

The Redditor turned around to see a sign that read, “Will you marry me?,” before her boyfriend got down on one knee and popped the question. However, one onlooker was determined to be a permanent fixture in the couple’s memories from the romantic day. An attention-hungry stingray managed to photobomb every single one of the proposal shots. Luckily, McYay thought the pictures were hilarious, explaining that she spent “the next 10 minutes crying and laughing at the same time,” after seeing them. 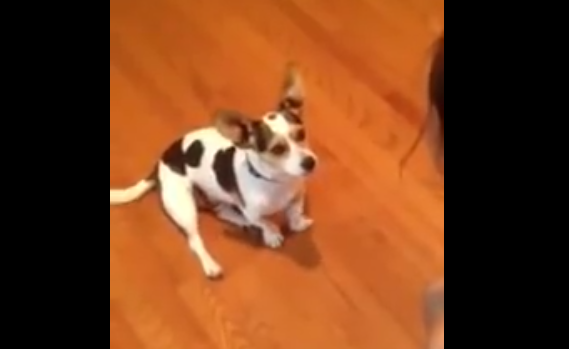 This Brilliant Woman Has Trained Her Dog to Meow Like a Cat
Next Up: Editor's Pick