Harper Lee Wasn’t a Recluse to Those Who Knew Her, Librarian Says

Harper Lee was a notoriously private person, seldom giving interviews and leading a life away from the public sphere. But those who knew her say she was not, as some have called her, a “recluse”; she did not eschew the company of others. Jessica Lacher-Feldman would know; for several years, from about 2001 to ’06, she accompanied Lee at public events at the University of Alabama, serving as a kind of “handler” for the aging author as she signed books at an annual statewide student essay contest.

“I think that there’s this mythic quality about her that we bandy around these words like ‘recluse’ that are just so loaded,” Lacher-Feldman, 47, tells TIME. “She didn’t set out to write the book of the century … She really just wanted to live her life, and she chose the path that she chose. I think that the quieter somebody is, or the less in the limelight in our media hungry society, the more people are going to speculate.”

In fact, says Lacher-Feldman of her years interacting with Lee while she worked in the W.S. Hoole Special Collections Library at the University of Alabama, the novelist that so many Americans came to love through her classic work To Kill a Mockingbird was “just a very regular woman” and chatting with her was “like spending time with an aunt.”

Lacher-Feldman was at the events to put Lee at ease. “It was difficult for her to hear often,” she says, “so I would stand and open the pages and talk in her ear, and be a comfort to her.” She was thrilled when she found out about the assignment, and on their first meeting, “it was just me feeling a little bit starstruck, and her just immediately dispelling that.” They mostly talked about Lee’s years at the University of Alabama, and when Lacher-Feldman sent along a photo from Lee’s college years, with Lee posing amid copies of the school’s humor magazine, a cigarette in her mouth, a handkerchief on her head and a goofy look on her face, Lee sent her a warm thank you note comparing her campus memorabilia to ancient treasures.

Lee suffered a stroke in 2007, and eventually stopped attending the event at the University of Alabama. And though Lacher-Feldman is no longer there herself (she’s now the head of special collections at Louisiana State University), she says she hopes the university will be given Lee’s papers. She was interested in the reaction to Go Set a Watchman last summer, and despite feeling some of the anticipation was for the wrong reasons, “if it got people to enter a bookstore, to buy a hardcover first edition and to read a book, I think that’s all a very good thing,” she says. She’s curious to see if more works come out under Lee’s name, as some have speculated may be possible.

Since news of Lee’s death broke on Friday morning, people have been expressing their condolences to Lacher-Feldman. “There’s just not that many people that people know that have a connection with her,” she says, “and my connection is tiny and tangential, but it’s real.” And for nearly everyone in Lacher-Feldman’s profession, Friday was a sad day. “I think librarians have a real soft spot for her,” she says. “As a librarian, [To Kill a Mockingbird] speaks to the importance of books and the magic that they hold for all of us.” 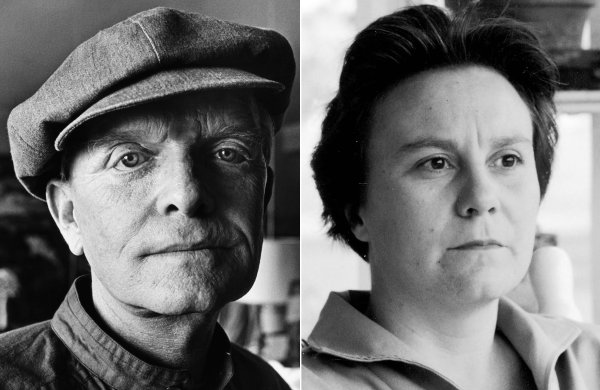 The Legendary Friendship of Harper Lee and Truman Capote
Next Up: Editor's Pick