These 5 Facts Explain Why Turkey Is in Deep Trouble

Family members and relatives grieve for victims of a car bombing outside the forensic morgue on Feb. 18, 2016 in Ankara.
Chris McGrath—Getty Images
By Ian Bremmer

It’s been a bad week for Turkey. As the country intensifies its military campaign in Syria, a bomb ripped through Ankara in apparent retaliation on Feb. 17, killing 28 people and injuring 61 others. Sadly, it’s an all too familiar sight. These five facts explain the mounting threats Turkey faces from Syria’s war next door.

Read More: The Syrian Refugees Trapped Between an Angry Turkey and a Vengeful Assad

While Europe’s refugee woes have gotten the lion’s share of attention, it’s Turkey that’s actually ground zero for the Syrian refugee crisis. Turkey houses some 2.6 million Syrian refugees, out of the more than 4.7 million Syrians who have fled their country’s civil war. The $8.5 billion Turkey has spent to house and feed these people is putting a serious strain on Ankara’s finances. So when the E.U. offered Turkey roughly $3 billion—as well as “visa-free travel” for Turkish citizens coming into the E.U.—to continue housing these refugees and stem their flow into Europe, Ankara jumped at the chance. But this is a stopgap at best. The real solution to the refugee crisis lies on the other side of Turkey’s porous 565-mile border with Syria.

(UNHCR (a), UNHCR (b), UNDP, The Telegraph, Wall Street Journal)

Turkey knows this. It’s one of the reasons Ankara joined the war effort against ISIS and Bashar Assad. The other reason? Turkey’s leaders fear the gains being made by Kurdish separatists who are also battling ISIS and Assad. Turkey’s history with its own Kurdish ethnic minority is strained and often violent. Over the last 30 years, more than 40,000 people have been killed in Turkish-Kurdish clashes. Ankara is worried that the progress being made by Syrian Kurds, whom the U.S. backs, will stoke the nationalist dreams of Kurds within its own borders. The worst-case scenario for Ankara is that Syrian Kurds carve out their own autonomous state from Syria’s eventual remains. To that end, it has spent a lot more effort firing on Kurds in Syria than on attacking ISIS or Assad’s forces. Early this week, Ankara intensified its shelling of Kurdish forces along the Turkish-Syrian border. Guess what happened next.

On Wednesday night, a vehicle packed with explosives was set off as a Turkish military convoy was passing by the country’s parliament in Ankara. 28 people were killed, at least 20 of whom were military personnel. On Thursday, a second military convoy in the southeastern city of Diyarbakir was hit by a bomb, killing another six soldiers. Turkish President Recep Tayyip Erdogan was quick to accuse Syrian Kurds, claiming they received logistical support from Kurdish militants already operating within Turkey. Details remain sketchy for the moment. What we know for certain is that over the past seven months there have been three suicide bombings in three cities, killing roughly 150 people. While the war may be raging next door in Syria, the spillover is claiming lives of Turkish citizens with alarming frequency.

You would think that the rise in violence would dent Erdogan’s popularity. But Erdogan and his Justice and Development Party (AKP) have shown themselves remarkably adept at spinning security concerns into political support. The AKP lost its absolute majority in Parliament for the first time in 13 years when elections were held this past June. Then came the ISIS suicide bomb in the Turkish border town of Suruc, forcing Erdogan to declare war on ISIS and join the fray in Syria. His strongman response saw his party’s numbers begin to rise; Erdogan called snap elections for November. “It’s me or chaos,” boomed Erdogan in the run-up to elections, and Turks took him at his word. The AKP regained its absolute majority, besting their June performance by nearly 9 percentage points. A spike in popularity after an isolated terrorist attack is understandable. But a sustained violent campaign is a different matter. Each bombing in Turkey brings us closer to the latter.

Syria has complicated Turkey’s diplomatic relations as well. Three months ago, Turkey shot down a Russian plane that had crossed into its airspace. A tense international incident ensued, threatening to drag the rest of NATO into direct confrontation with Russia. Thankfully, cooler heads prevailed, though tensions between Moscow and Ankara remain disturbingly high. For the moment, Moscow has imposed sanctions against Ankara, which will cost the Turkish economy more than $10 billion.

Targeting Syrian Kurds has also not helped Turkey’s relationship with the U.S. Washington relies heavily on these Kurds to take on ISIS. And targeting one of the few groups actually making advancements in Syria won’t help Turkey end the war and start reversing the flow of Syrian refugees, which is Europe’s principal concern at the moment.

All of which is to say that Turkey is being squeezed—squeezed by refugees, by Europe, by Kurds inside and outside the country, by Russia, by the U.S. Turkey isn’t the regional power it was even five years ago. If it’s not careful, it will be sucked into Syria’s chaotic undertow, making a messy situation that much worse. 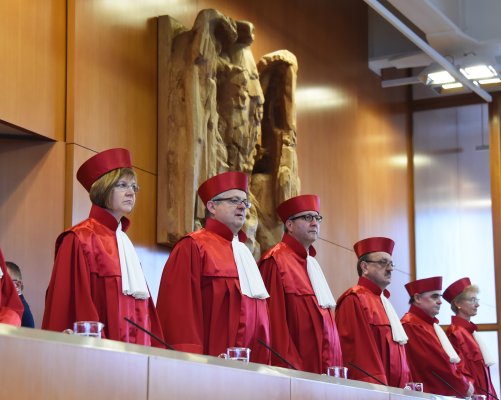