Jeb Bush is a bought man, beholden to the drug companies and Ted Cruz is a scummy politician who is in Big Oil’s pockets. Trump alone, in his telling, is the lone outsider who can confront special interests and, as his hats declare, make America great again.

“These people are not going to get you to the Promised Land,” Trump said Friday on the eve of the South Carolina primary. “They’re all controlled by the special interests.”

Yet he is conspicuously silent on Marco Rubio, the man at the moment who stands to unify the Establishment-minded Republicans who cannot believe the billionaire might be the nominee. Rubio is drawing crowds, important endorsements and his fundraising has steadied after a disastrous showing in New Hampshire.

It defies reason that Trump, whose campaign is boosted by rhetoric that demonizes immigrants, would leave alone this son of immigrants. In fact, he occasionally praises Rubio for calling Cruz a liar. “Even Marco Rubio said he’s a liar,” Trump said, leaning on his rival for confirmation.

To understand Trump’s strategy is to realize that he alone is plotting his own campaign message. And many of his decisions are guided by his keen understanding of the media. As one adviser put it: “Why snuff out Rubio as he’s rising? Let him get some support, and then we knock it down. There’s plenty to knock him down, once it makes sense to do it. ” In other words, let the media build up Rubio. Then watch Trump tear him down.

At the moment, Trump can afford to bide his time for Rubio, who has done little to goad Trump into attacking him and is not the most pressing threat to Trump. That would be Cruz, another firebrand who delights in being hated by the Establishment-minded conservatives. The one-time frenemies have since seen détente melt as they compete for the same disaffected voters. Once Trump snuffs out Cruz, he can move on to Rubio.

As for Bush, that’s personal. Bush has been the only candidate to consistently take on Trump and his brand of politics. Trump is simply better on the attack and has lashed out against the Bush clan, bashing the candidate, his brother and his mother to audiences. “He’s stupid. What can I say?” Trump says of the former Florida Governor.

With Bush fading badly, Trump wants to be the one to take credit for his downfall, especially among voters who are leery of a third Bush White House. He’s already taking credit for the fall of Lindsey Graham, the South Carolina Republican who has bowed out and is campaigning with Bush.

Trump’s team already has plenty of ideas on how to take out Rubio next. He’s an absentee Senator and, as Trump calls him in the occasional jab, “a total lightweight.” Add in questions about Rubio’s family’s citizenship, and it’s a perfect storm for Trump voters to rally against Rubio. Trump has nurtured the anti-immigrant strain in the GOP, and he can easily turn it against the first-generation Cuban-American.

If there’s one thing this campaign has made clear, it is that Trump has zero problems going for blood. It has limits, but Trump is particularly at ease with the attack. “I didn’t win the personality contest. Who cares?” Trump shrugged Friday afternoon. “We’re going to win.”

For Trump, that’s the whole game. 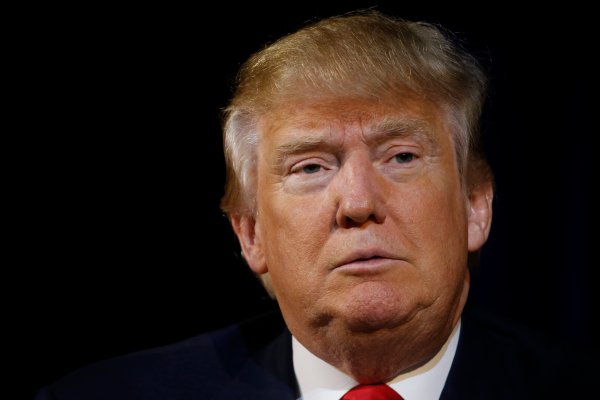