Oil Wastewater May Be the Answer to California's Drought Problems

A dried mud flat along a stretch of the now dry Santa Ynez River is viewed on Nov. 15, 2015, near Lompoc, Calif.
George Rose—Getty Images
By Dex Dunford / Oilprice.com

As California grapples with a historic four-year-long drought, and farmers skimp on water for crops in the face of fines, oil wastewater is becoming both a laudable and uncomfortable answer to water woes.

Depending on who you ask, California’s drought may be over this spring. It may also never be over, with some scientists questioning whether groundwater reserves can ever reach pre-drought levels.

California isn’t the only U.S. state dealing with drought. As of right now, much of the western United States is experiencing some level of drought as well as parts of the upper mid-west. Water is a precious resource, and restrictions on water usage are becoming more and more common.

A recent national survey shows that nearly 75 percent of Americans believe that the agriculture industry should be first in line for water during a drought. It makes sense. Farmers grow our food and raise our meat. However, record fines being levied against farmers who pull too much water in California has the agriculture industry questioning what the future holds.

Could the answer really be held deep underground in oil wastewater reservoirs?

Before you turn your nose up at the thought of wastewater being used on the crops you eat; you should probably know that it is already being done. In fact,Chevron pumped 8 billion gallons of treated wastewater to farmers in California last year.

Legitimate concerns have been brought forward regarding the safety of treated oil wastewater. How effective is the treatment? Could the wastewater be harmful to people, plants, and animals? Water Defense, an environmental group, has been at the forefront of voicing these concerns.

Oilprice.com: Why OPEC Production Freeze Could Pave The Way For Actual Cuts

In response, the local water authority tested and confirmed that, in fact, the treated wastewater provided by Chevron was in accordance with existing guidelines.

Water Defense insists otherwise, though. It says that it conducted its own tests and found high levels of acetone and methylene chloride, which can be toxic to humans, in the Chevron irrigation water. It also claims to have found traces of oil that should have been removed during recycling.

As Mother Jones reported last summer, there are rising concerns about what the use of oil wastewater means for organic food labels, for one thing. While there is a ban on petroleum-derived fertilizers for organic standards, the ban says nothing about what might show up in irrigation water.

Treating oil wastewater has become a pretty lucrative business. Energy producers have been seeking the expertise of companies that can treat oil wastewater quickly, effectively, and on the cheap. Some of the latest innovations include using algae to treat oil wastewater and even using electrical pulses to turn the previously contaminated water into clean water that can be used by farmers on their crops.

The major problem with treating oil wastewater is the cost. New technologies are rapidly helping to reduce the financial burden on producers, but with oil prices as low as they are, even cheaper solutions are needed.

One great thing about reusing wastewater is that the pipeline doesn’t have to just flow in one direction, so to speak. Santa Maria Energy LLC is just one of the producers finding new ways to reduce their footprint on water supplies in drought-stricken areas.

The company has won approval to build a pipeline to bring treated wastewater from a sewage treatment facility to their fracking operations. It’s a great example of energy producers stepping up to find a creative solution to real problems.

The state of California is likely to be the pioneer of finding innovative uses for the oil industry’s wastewater—even if that is the result of mounting legal pressure to do something about the tens of thousands of disposal wells that dot the state’s underground.

But right now, the wastewater-for-agriculture segment may be getting by on some unforeseen environmental loopholes that will come under greater scrutiny as the waste-not-want-not irrigation practice becomes more prolific. 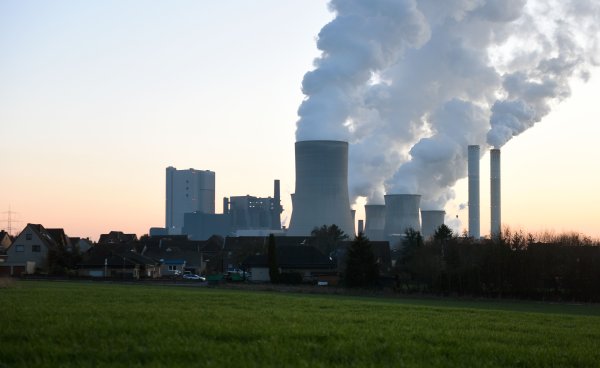 Decline of Coal Demand Is 'Irreversible'
Next Up: Editor's Pick