Thousands marched Thursday in a growing backlash against the government’s decision to arrest a student leader on colonial-era sedition charges, in the latest battle between Indian liberals and a government increasingly seen as nationalistic and intolerant.

Organizers of the march estimated the final number of attendees to be more than 10,000 as students, faculty, lawyers, artists and scores of others from several universities and sections of society joined in, reports the Indian Express newspaper.

The primary objective of the march was to protest sedition charges against Kanhaiya Kumar, president of the students’ union of the prestigious Jawaharlal Nehru University (JNU). He was arrested last week after “anti-India” slogans were allegedly shouted at an event on the university’s campus. (The event was held on Feb. 9 to commemorate the execution of Afzal Guru, a convicted terrorist hanged three years ago for his alleged role in planning a 2001 attack on India’s Parliament.)

Kumar’s arrest has not only sparked a series of protests but also a countrywide debate on nationalism, with several members of the government of Prime Minister Narendra Modi and supporters of his Bharatiya Janata Party branding JNU students and their president as “antinational.”

The government announced Thursday that 39 national universities — including JNU — would be made to “prominently and proudly” display the Indian national flag on their campus in order to instill “nationalism and pride” among students, according to the Express.

Support for Kumar, meanwhile, has poured in from across the country and various parts of the world. Students from universities in several Indian states staged marches of their own over the past week, while renowned linguistics professor Noam Chomsky and Nobel laureate Orhan Pamuk have joined several members of the global academic community in expressing solidarity with JNU.

Kumar will face the country’s Supreme Court on Friday in order to appeal for bail, citing a fear for his own safety. The student leader’s trial for sedition — a colonial-era law aimed at suppressing the struggle for India’s freedom — has been marred by violence, with JNU supporters and journalists covering a Monday hearing targeted by a mob of angry lawyers within the court premises. Kumar himself was assaulted at the court when he arrived for another hearing on Wednesday, leading him and his advocates to move the case to the Supreme Court.

“I am a student of Jawaharlal Nehru University and not some hardened criminal,” Kumar was quoted as saying by the Hindu newspaper, arguing in his petition that there exists an “exceptional and unprecedented breakdown of the justice delivery mechanism.” 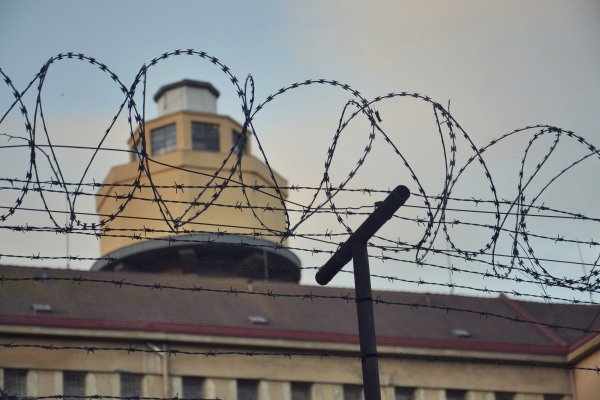 100 Dismembered Bodies Found Beneath Colombian Prison
Next Up: Editor's Pick