The feud between Pope Francis and Donald Trump that erupted Thursday could not involve two more polar opposites.

Trump’s name is synonymous with billions of dollars. Pope Francis chose to be named after the patron saint of the poor, Francis of Assisi. On the campaign trail, Trump routinely touts his experience with wealth. On his six-day trip to Mexico, Francis visited traditionally peripheral dioceses, including some of the country’s poorest and most dangerous areas.

But both men have an uncanny knack for getting their message out.

Pope Francis has weighed into American politics before—he has brought up climate change and the death penalty in his historic speech to Congress in September—but never before have his remarks been so blunt, delivered in such a pointed way at such a crucial time: “A person who thinks only about building walls, wherever they may be, and not building bridges, is not Christian,” Francis said in response to a direct question on the papal plane back from Mexico about Trump’s plans to deport undocumented immigrants and to build a border wall. “This is not in the Gospel.”

Pope Francis went even farther. Asked about Trump’s accusation last week that Mexico was using Pope Francis as a political pawn, Francis replied, “Aristotle defined human person as ‘animal politicus.’ So at least I am human person.” Pope Francis stopped short of answering whether or not American Catholics should vote for someone with Trump’s views. “I am not going to get involved in that,” he said. “I say only that this man is not Christian if he has said things like that. We must see if he said things in that way and in this I give the benefit of the doubt.”

Pope Francis was not just saying Trump is wrong, he was questioning his ethical core. Trump shot back within minutes of the news, calling Pope Francis “disgraceful.” He said he was “proud to be a Christian,” and said that he “will not allow Christianity to be consistently attacked and weakened.” Essentially, Trump called the most popular Christian leader in the world someone who undermines true faith.

The real estate mogul also positioned himself as Christianity’s ultimate defender. “If and when the Vatican is attacked by ISIS, which as everyone knows is ISIS’s ultimate trophy, I can promise you that the Pope would have only wished and prayed that Donald Trump would have been President because this would not have happened,” he said. He added that his opponents “are using the Pope as a pawn” for their policies. “They should be ashamed of themselves for doing so, especially when so many lives are involved and when illegal immigration is so rampant.”

Pope Francis’ words inject sharp focus about immigration into the presidential campaign, but his critique is larger than Trump. The pope called out any politician who aims to build walls not bridges, which would implicate other GOP presidential candidates such as Texas Sen. Ted Cruz. His words force all the candidates, especially Republicans, to take note of his broader perspective on immigration.

That is especially noteworthy since Florida Sen. Marco Rubio and former Florida Gov. Jeb Bush are Catholic, and Ohio Gov. John Kasich was raised Catholic and even considered becoming a priest. Ben Carson and Cruz are evangelical, and are also trying to position themselves as the candidate Christians should support.

Political jockeying over Pope Francis has been going on since early last year, as politicians tried to predict how he would behave in the U.S. The Pope’s focus on issues like poverty, immigration, and climate change has rattled many Republicans, who are used to counting on Catholic support primarily for issues like abortion and marriage. Democrats have seen in Pope Francis a new ally, and the Obama administration has made building alliances with the Vatican a priority, most dramatically seen in the Cuba/U.S. detente which Pope Francis helped to broker

Bold as they are, the Pope’s comments come as no surprise. Pope Francis has made migrants a focus of his care since his first visit as pontiff to the island of Lampedusa in the Mediterranean, where he prayed for the hundreds who die trying to cross into Europe.

On Wednesday, Pope Francis made his priorities about migration clear again in his border mass in Ciudad Juárez, Mexico across the border from El Paso, Texas. The symbolism was hard to miss—he walked to a cross between two crowds, one American, one Mexican, separated by the border, and he blessed both sides while pausing to pray.

His immigration concerns go far beyond just the U.S. border issues—there is a global humanitarian crisis due to violence and poverty, he reminded his listeners, and migrants must not be reduced to statistics. He urged the faithful to see migrants as brothers and sisters. “Let us together ask our God for the gift of conversion, the gift of tears, let us ask him to give us open hearts,” Francis preached. “No more death! No more exploitation! There is still time to change, there is still a way out and a chance, time to implore the mercy of God.” 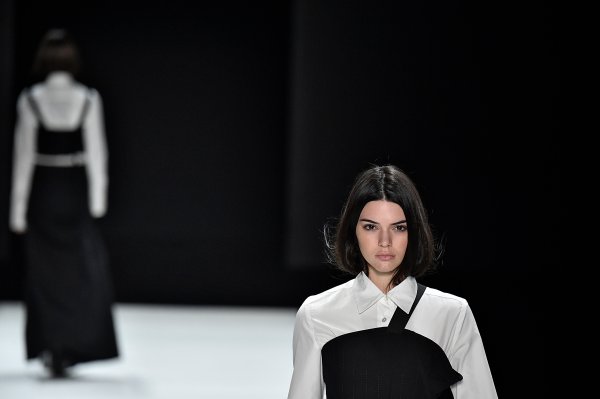