After their golden retriever, Skye, went missing on Monday night, Ron and Megan Holmes discovered that she had fallen down a sinkhole near the Penn State Arboretum. Skye’s owners had first lost track of her when Megan let her off her leash while on a walk during a snowstorm, according to the Centre Daily Times. “We understand we were in the wrong to let her off leash,” Ron said. “She’s so good about staying close, and all of a sudden she was gone.”

The couple immediately began to search for Skye but weren’t able to locate her until Wednesday morning when they heard her barking from the bottom of the 15-foot drop. “Oh, it’s the most fantastic feeling hearing her,” Ron said. “I was so sick last night thinking she was gone. I thought she would have drowned if she was somewhere down there or suffered hypothermia.”

Alpha Fire Company in Centre County, Pa., responded to the Holmes’ call and set about rescuing the pup. After firefighters widened the opening of the hole, an assistant chief was sent down into it with a harness to help raise Skye to safety. “Both the dog and the owner were very happy to be reunited,” the fire department wrote on Facebook. 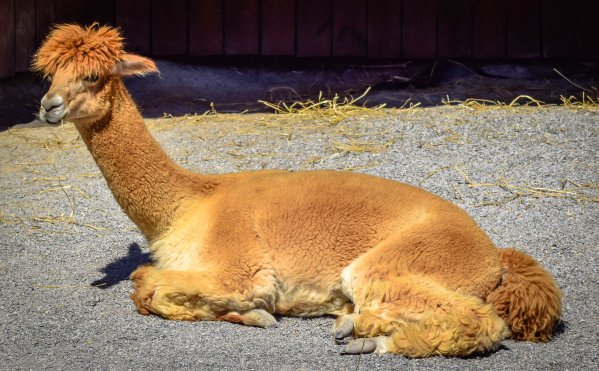