The co-founder of Black Lives Matter Chicago has rejected an invitation from the White House to sit down for a meeting with President Barack Obama and a group of veteran Civil Rights leaders.

The White House billed the meeting as a first-of-its kind gathering of veteran leaders, young activists, and the leader of the free world. But in an op-ed for Truth-Out.org that was also shared with TIME via email, invitee Aislinn Pulley calls the meeting a “sham” and says it would do a disservice to her greater goals as an activist to participate.

“As a radical, Black organizer, living and working in a city that is now widely recognized as a symbol of corruption and police violence,” she writes, “I do not feel that a handshake with the president is the best way for me to honor Black History Month or the Black freedom fighters whose labor laid the groundwork for the historic moment we are living in.”

Pulley is one of over a dozen people who were invited to the White House for Thursday’s meeting, including activist Deray McKesson, President of NAACP Legal Defense Fund Sherrilyn Ifill, student leader of the Concerned 1950 movement at the University of Missouri Deshaunya Ware, and Congressman John Lewis of Georgia. The meeting coincides with the White House’s Black History Month reception, which aides say is merely coincidental; both events had been planned in advance but they weren’t necessarily planned in tandem.

On Thursday, the activist‚ who has led protests against police brutality and other issues through Black Lives Matter Chicago since Ferguson, suggested the meeting would be little more than a photo-opp for the president. She writes:

She concluded by writing that the federal government cannot be counted on to bring about the change she’s calling for in America. “We assert that true revolutionary and systemic change will ultimately only be brought forth by ordinary working people, students and youth – organizing, marching and taking power from the corrupt elites.”

The White House has not yet responded to Pulley’s letter. 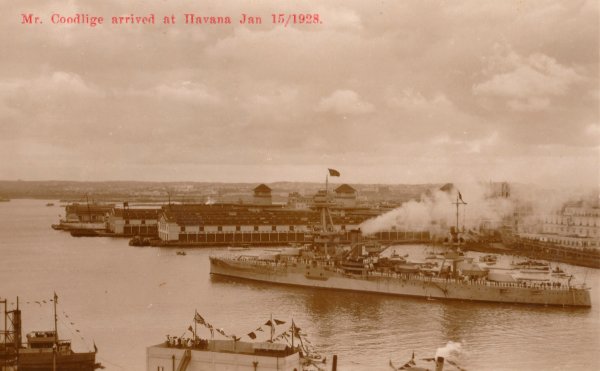 Here's the Only Other Time a Sitting President Visited Cuba
Next Up: Editor's Pick