This Summit Could Decide Whether the European Union Remains United

Stakes are high as European leaders convene in Brussels this week. The next two days will determine the terms of Britain’s upcoming referendum on membership in the European Union, the transnational group’s latest and greatest existential crisis.

Leaders are assessing a provisional deal to redefine Britain’s relationship with Brussels, hammered out by U.K. Prime Minister David Cameron and European Council President Donald Tusk. Cameron has spent the last two weeks touring European capitals to drum up support for his agenda, which needs unanimous approval from the other 27 E.U. members. Rather than going hat-in-hand, he approached each meeting as a negotiation of equals, a tactic that seems to have worked. It helps that no one wants Britain, the second-biggest economy in the eurozone, to leave. But as we roll into Brussels, three key issues remain.

Read More: These 5 Facts Show Why Demographics Are Destiny

First, the U.K. wants an “emergency brake” so it can suspend for up to four years some labor benefits for E.U. migrant working in the U.K. citing “excessive pressure” on its social system. Cameron has faced pushback on this front from various European countries, particularly Poland, Hungary, Slovakia and the Czech Republic, who are worried that the hundreds of thousands of their citizens working in the U.K. will be unfairly punished under this system.

Second, the U.K. wants to ensure more safeguards are put in place to protect countries that don’t use the euro from the potential ill effects of greater integration of those members who do use the common currency. But it remains to be seen what exact form these safeguards will take.

Third is the use of the term “ever closer union,” which is enshrined as a goal throughout common E.U. law. The idea is to ensure that the E.U. only moves in one direction: towards greater integration. Without it, Europhiles fear that members will pick and choose which parts of the union they want to be a part of, weakening the European project overall. Britain has always bristled at the phrase, and wants it removed from future E.U. treaties.

There’s plenty left to hash out. But the actual text of the proposals leaves much room for ambiguity, allowing both sides to spin an agreement as they like. What Cameron will call a victory will be declared defeat by U.K. euroskeptics angling for Britain to leave the E.U.

In reality, the exact terms of the deal aren’t as important as the four-month campaign that will follow, leading to a referendum that will give British voters the choice of whether the U.K. remains in the E.U. Having secured concessions from Brussels, Cameron will return to London and start campaigning for the “In” side, which favors remaining in Europe. Cameron has a strong case to make that the E.U. hasn’t undermined U.K. productivity, a key argument of the “Out” faction. A recent Bank of England report declared that “the U.K. created more than three times as many new businesses as the U.S.,” accounting for relative economic weight.

But the strongest argument Cameron can make is that Brexit won’t come cheap, neither politically nor financially. By voting to leave the European Union, the British will jeopardize their own union. Scotland is fiercely pro-E.U., and a vote in favor for Brexit will surely reignite the Scottish nationalist cause. Meanwhile, the rest of the E.U. will make Britain’s exit long, difficult and costly to ensure that no one else is tempted to take the same route—a lesson the Greeks have learned.

Early signs suggest Britain will end up staying in the E.U.. But the next four months leading up to the referendum will be tough for both the U.K. and the rest of the E.U. Let’s hope the Europe that emerges on the other end is better off for it. 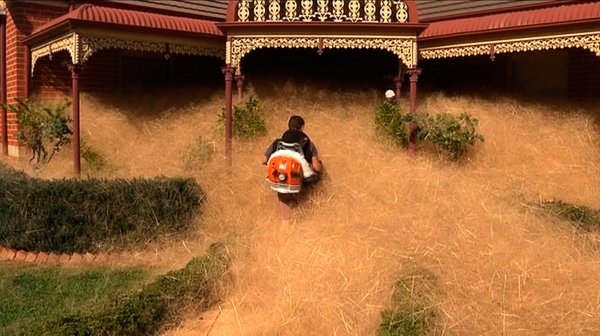