Retired Supreme Court Justice Sandra Day O’Connor thinks waiting for the next presidential term to appoint a replacement for Justice Antonin Scalia is not an option.

“I don’t agree [with waiting],” O’Connor told Phoenix Fox affiliate KSAZ in response to how some Republicans have called to defer President Barack Obama’s intended appointment. “I think we need somebody there now to do the job and let’s get on with it.”

O’Connor is the first former or current justice in weigh in on the controversy after many Republicans have said that Scalia’s replacement shouldn’t be named until after a new president is in office.

President Ronald Reagan appointed O’Connor to the court in 1981, and she was the swing vote when she retired in 2006. O’Connor called it “unfortunate” that there is a Supreme Court vacancy in the lead-up to a presidential election, because it unnecessarily creates “too much talk around the thing.”

“You just have to pick the best person you can under the circumstances,” O’Connor said. 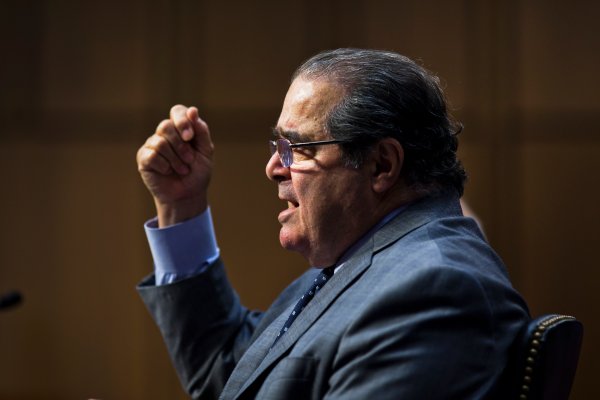 Americans Divided Over Senate Vote on Scalia Replacement
Next Up: Editor's Pick