As part of a final effort to win over Latino voters before the Nevada caucuses, Hillary Clinton’s campaign is releasing a moving new ad on Thursday in the state that shows the former Secretary of State comforting a girl afraid of being deported.

The one-minute ad simply shows an exchange between Clinton and a girl, who an aide said is 10-years-old, at an event in Las Vegas last Sunday.

“My parents, they have a letter of deportation,” the girl in the audience tells Clinton. “I’m scared that they’re going to be deported.”

The girl begins to cry and Clinton calls her over and hugs her. “I’m going to do everything I can so you don’t have to be scared,” Clinton says. “Let me do the worrying. I’ll do all the worrying.”

Clinton early on in her campaign made immigration a central platform, outlining a plan that created a pathway to citizenship for immigrants, would end family detention centers and expand on President Obama’s executive actions protecting undocumented immigrants from deportation. She has committed the plan to action in her first 100 days in office.

The former Secretary of State and Vermont Senator Bernie Sanders are both making an intense effort to appeal to Latinos in Nevada and across the primary states.

In the Democratic debate last week, Clinton criticized Sanders for voting against 2007 immigration reform legislation. Sanders justified his vote by saying he opposed an expansive guest worker program that the Southern Poverty Law Center said was “akin to slavery.” The bill was also opposed by the AFL-CIO.

A CNN poll released Wednesday showed Clinton and Sanders nearly even in Nevada, 48-47 with the Vermont senator slightly behind. 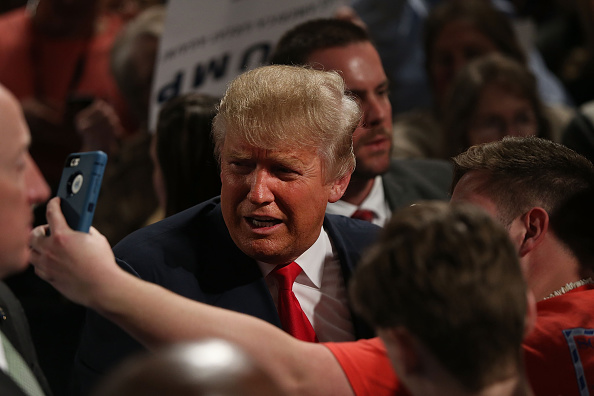 The Limits of Trump's Bloodsport
Next Up: Editor's Pick