U.S. Navy personnel aboard the U.S.S. John S. McCain raise their country's flag during a bilateral maritime exercise with the Philippine navy in the South China Sea near waters claimed by Beijing on June 28, 2014
Noel Celis—AFP/Getty Images
By Rishi Iyengar

The U.S. anticipates a “very serious conversation” with China in the near future following reports of the Asian power’s apparently increasing military presence in the South China Sea, Secretary of State John Kerry said Wednesday.

“When President Xi was here in Washington, he stood in the Rose Garden with President Obama and said China will not militarize in the South China Sea,” Kerry told reporters during a press interaction. “But there is every evidence every day that there has been an increase of militarization of one kind or another.”

Kerry was responding to earlier reports that batteries of surface-to-air missile launchers were observed on one of the islands China controls in the region. Satellite images indicate the apparent missile buildup took place within the past two weeks at Woody Island — part of the contested Paracel chain — which is also claimed by Taiwan and Vietnam.

China has repeatedly defended its claim to the majority of the South China Sea as its sovereign territory, with Chinese Foreign Minister Wang Yi reiterating on Wednesday that the country’s “limited and necessary self-defense facilities” on the region’s islands are justified by “the right to self-protection that China is entitled to under international law.”

The Chinese Defense Ministry further dismissed reports of the missile deployment as “hype,” according to Reuters.

The U.S. has joined Southeast Asian countries like Vietnam, the Philippines, Malaysia and Brunei — many of whom President Obama hosted at a summit this week — in condemning China’s military posturing in the purportedly international waters that serve as a major trade route. White House press secretary Josh Earnest said Wednesday that the U.S. would continue to “fly, sail and operate anywhere that international law allows,” justifying its frequent naval presence in the region that the Chinese government has deemed a provocation in the past. 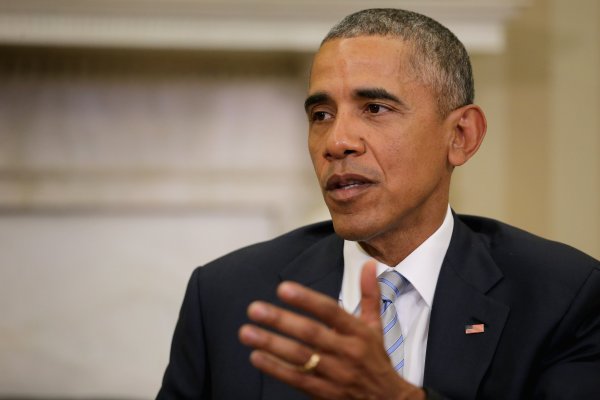 Obama Is Going to Cuba
Next Up: Editor's Pick