Bree Newsome: Trayvon Martin Was 'Emmett Till of My Time'

In 1987, when the landmark television documentary series Eyes on the Prize first aired, TIME’s Richard Zoglin noted that while the archival “footage [used in the film] looks like a quaint relic… not very long ago it had the immediacy of the evening news.”

About 30 years later, the irony in that assessment is clear: Eyes on the Prize traced the civil-rights movement of the 1950s and ’60s, and a second part brought the series into the ’80s, but many of the scenes it captured have been echoed in recent headlines. From the death of Trayvon Martin—exactly four years ago Friday—to President Obama’s White House meeting with Black Lives Matter activists and earlier civil rights activists, many people have seen (or refuted) the connection between the two moments in time. That connection is the subject of a new half-hour special Eyes on the Prize: Then and Now, which will be broadcast this weekend on public television’s WORLD Channel, leading into a rebroadcast of both parts of the original Eyes on the Prize.

As seen in this extended interview segment with activist Bree Newsome, at least for some of those who represent the “now” part of the story, the link between the two eras provides more than context. For Newsome, the Trayvon Martin case was “kind of like the Emmett Till of my time.” The case surrounding the 1955 murder of Till, a Chicago teenager, and the subsequent confessions of his acquitted killers served as an early catalyst for many people to acknowledge that the problem of race in America could no longer be watched for a distance; for Newsome, Martin’s death did the same. 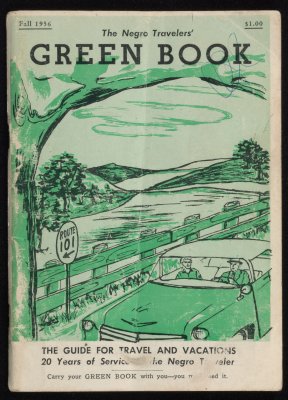 For Black History Month, See the Books That Helped Travelers Navigate a Segregated U.S.
Next Up: Editor's Pick