A poster has appeared in Moscow provocatively claiming that “Smoking kills more people than Obama, although he kills lots and lots of people,” accompanied by a picture of the American president smoking. It continues, “Don’t smoke, don’t be like Obama.”

No one immediately took credit for the poster, which was framed inside a bus shelter, the Guardian reports. Russia’s only liberal member of Parliament, Dmitry Gudkov, said it was “disgusting and embarrassing that this is appearing on the streets of the Russian capital” in a post on Facebook.

The poster appears after a string of accusations from Russians that the U.S. president is responsible for mass killings, including a video appeal to the U.N. and a banner hung across from the U.S. embassy calling Obama a “killer.” 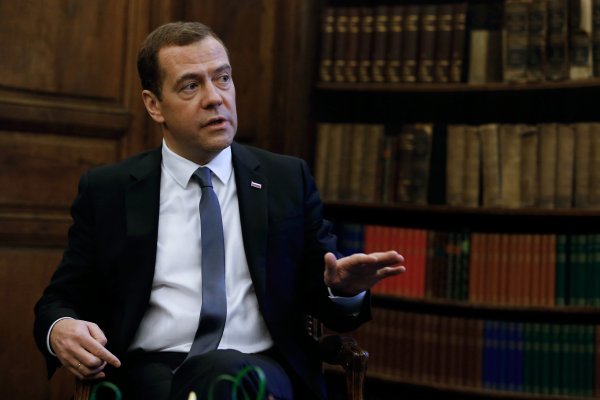 Russia's Prime Minister on Syria, Sanctions and a New Cold War
Next Up: Editor's Pick