President Obama: 'Mr. Trump Will Not Be President'

President Obama is confident that his successor will not be businessman and Republican front runner Donald Trump.

“I continue to believe Mr. Trump will not be President,” President Obama said at a news conference in California on Monday, following a two-day Association of Southeast Asian Nations summit. “I have a lot of faith in the American people.”

Obama spoke bluntly, saying that the job of President of the United States is “hard” and nothing like “hosting a talk show or a reality show,” in an apparent jab at the business mogul who starred in the reality-TV show The Apprentice. The President also brushed off Trump’s success — he came in second in the Iowa caucuses and dominated the New Hampshire primary — as a product of the frenzied primary season.

“As you get closer, reality has a way of intruding,” Obama said, before reminding reporters that the person who succeeds him will have access to the nuclear codes and the power to send young people into battle.

“The American people are pretty sensible,” Obama added. “I think they’ll make a sensible choice in the end.”

This is not the first time Obama has sounded bearish on a Trump presidency. In January, the President doubted the GOP front runner’s chances in a Today Show appearance, saying, “Talk to me if he wins.”

“I’m pretty confident that the overwhelming majority of Americans are looking for the kind of politics that does feed our hopes and not our fears,” Obama said at the time. 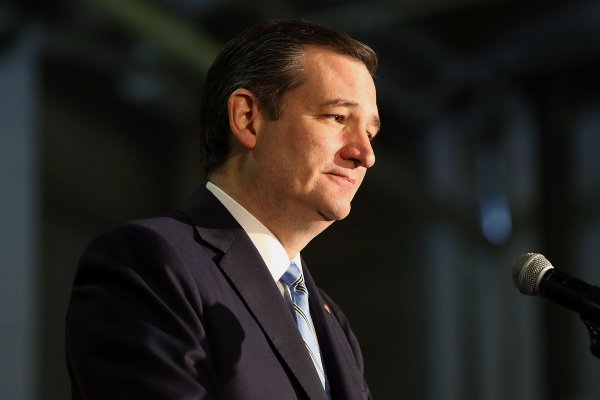 Cruz Twists Truth in New Video
Next Up: Editor's Pick