Everywhere he goes on the campaign trail these days, Donald Trump is calling Ted Cruz a liar, generally without providing examples.

But in a new video released Tuesday, Cruz does, in fact, twist the truth about Trump’s record.

In the five-and-a-half-minute direct-to-camera video, Cruz offers a lengthy juxtaposition between his anti-abortion record and Trump’s history of support for the procedure. A little less than four minutes in, Cruz says, “Planned Parenthood named Donald Trump their favorite Republican last fall.”

“If there was ever an award that a Republican politician should be ashamed to receive, that’s it,” Cruz says.

It’s a great attack line in a conservative state like South Carolina. It’s just not true.

“We have never said that, or even close,” says Erica Sackin, a Planned Parenthood spokesperson.

Cruz appears to be seizing on a statement issued by Planned Parenthood last year, which was quoted in a story by the Daily Beast’s Betsy Woodruff:

The headline of Woodruff’s piece — “Donald Trump Is Planned Parenthood’s Favorite Republican” — was lifted from a tongue-in-cheek line written by the author. But ask Planned Parenthood, and they’re not such fans of Trump’s position on abortion. A statement put out by the group this week argues that Trump — who last year said it was worth shutting down the government to defund Planned Parenthood — has a set of policies on abortion that would be “devastating” for women.

As for Cruz, Planned Parenthood criticized the Texas Senator “for relying on lies” to sow opposition to the organization.

Cruz, of course, isn’t the only one twisting the truth to denigrate his rivals. Earlier on Tuesday, an aide to Trump fabricated a quote about Cruz, attributing a claim by a liberal blogger to former Republican Senator Tom Coburn.

Asked for comment on the inaccuracy in Cruz’s new video, Cruz spokesman Rick Tyler wrote in an email to TIME: “I’ll get back to you after I read all your articles with my pedantic filter turned on.” 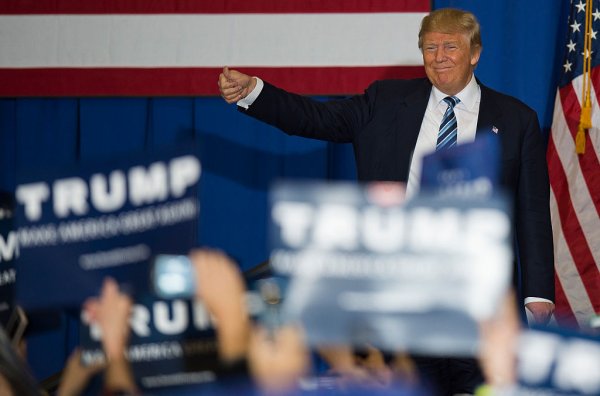 Trump and Clinton Lead in New South Carolina Poll
Next Up: Editor's Pick