What do actress Jennifer Lawrence and a tire-plant worker named Lilly Ledbetter have in common? They both worked in industries where pay discrepancies were kept under wraps. This culture of silence ensured that both women continued to make less than their male counterparts for the same work.

But in the past few years, we have seen a flurry of policy initiatives and legislative proposals aimed at protecting workers from retaliation by their employers when they talk about their pay at work. The most recent, and largest, state to take action is California, where the Fair Pay Act took effect on Jan. 1.

There are good reasons to bolster protections for workers who talk about their pay with their co-workers. Many workers fear discussing pay at work because they believe their employers will fire them or take other adverse action. According to a 2014 survey by the Institute for Women’s Policy Research, 62% of female respondents and 60% of male respondents in the private sector said their employers have policies that prohibit or discourage employees from talking about pay at work.

Being able to talk about pay with co-workers makes a positive difference. With knowledge about salaries and pay practices, workers can be better advocates for raises and other pay reforms. Working women can join together and advocate for equal pay—and not stay in the dark about pay discrimination. Pay transparency makes it easier to make positive change.

The recent focus by policymakers and advocates on protecting workers from retaliation when they talk about pay is laudable, but the little-known fact is most private sector workers already have this right. The National Labor Relations Act, enacted in 1935 and enforced by the National Labor Relations Board, protects private-sector workers who engage in “concerted activity” with their co-workers from retaliation by their employers. Most recently, the board found Chipotle acted illegally when it retaliated against workers partly for talking with each other about pay. In 2014, the board found that Alternative Energy Applications violated the National Labor Relations Act by telling an employee not to discuss his wages, threatening to fire him if he discussed his wages and ultimately firing him for discussing his wages.

Federal and state policy reforms to strengthen the right of employees to talk to co-workers about pay are needed. Millions of workers, including managers and workers in the public sector, are not covered by the National Labor Relations Act. Furthermore, the remedies for violations of the act need to be strengthened. We should keep working to expand protections, but in the meantime, spread the word—if you are a non-managerial worker in the private sector, you have the right to talk about pay with your co-workers without retaliation or interference from your employer. 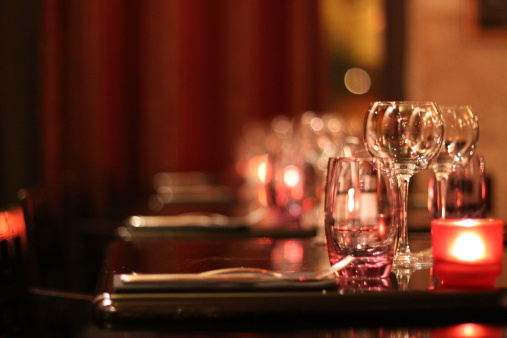 This Is the Person You Most Need to Take on a Date
Next Up: Editor's Pick