Donald Trump and Hillary Clinton hold a strong lead against their respective primary rivals in South Carolina, according to a new poll released Tuesday.

The real estate mogul is ahead of his Republican foes in the state by 16 points, the latest CNN/ORC poll shows. Trump is the top choice among likely GOP voters in South Carolina, polling at 38%. The billionaire businessman has wide support from white evangelical voters in the state. He’s trailed by Texas Sen. Ted Cruz, who polled at 22%.

Clinton has the support of 56% of likely Democratic primary voters polled in South Carolina, while her opponent Bernie Sanders garnered 38%. The former Secretary of State’s voter base consists largely of black voters and women, according to the survey.

South Carolina’s Republican primary is set for Saturday, while the Democratic primary will take place Feb. 27. The poll was conducted after the New Hampshire primary, between Feb. 10 and Feb. 15. Trump and Clinton also bested their rivals in an earlier CBS News poll conducted around the same time. 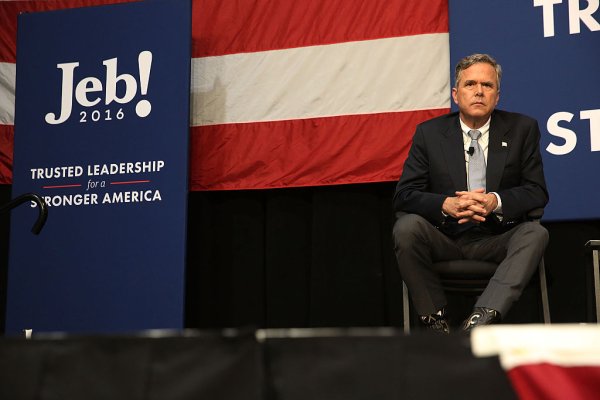