Inside the Investigation into Child Sexual Abuse at Sovereign Grace Ministries

Child sex abuse in the Catholic Church is now widely known—Spotlight, a film about the Boston Globe journalists who documented the massive child molestation scandal and cover-up in the Catholic Church, is up for Best Picture at this year’s Oscars—but similar abuses in evangelical communities have not received the same public scrutiny.

The February issue of Washingtonian Magazine featured an exposé of long-buried sexual abuse of children in a prominent evangelical church network, Sovereign Grace Ministries. Freelance journalist Tiffany Stanley, a 2015 National Magazine Award finalist, spent 10 months uncovering reports of child rape and molestation in Sovereign Grace churches over the last three decades, particularly in the community of the then-flagship Covenant Life Church in Gaithersburg, Maryland. (Covenant Life is no longer a part of the Sovereign Grace network.)

Her investigation, “The Sex Scandal that Devastated a Suburban Megachurch,” chronicles the inside story of crimes against children in D.C.-area Sovereign Grace churches, explores how church leaders including founder C.J. Mahaney did and did not respond, and recounts how victims’ mothers joined forces to seek justice.

Unlike the hierarchical Catholic Church, evangelical churches often function independently. But their influence is widespread—as Stanley points out, Wayne Grudem, an evangelical theologian at Phoenix Seminary, once described Sovereign Grace Ministries “as an example of the way churches ought to work.”

In response to the Washingtonian investigation, executive director of Sovereign Grace Churches Mark Prater pointed TIME to a lengthy statement he made in 2014 denying that Sovereign Grace leaders “conspired to cover up” sexual abuse. “Yes, we have been the target of misinformed critique in both the secular and Christian media, and more will likely come,” he stated. “I pray that God gives us all grace to respond wisely and biblically. But regardless of the public discourse, we are strongly committed to ensuring a safe environment for the children in our churches.”

In a statement to TIME, Mark Mitchell, the executive pastor of Covenant Life Church, said that along with the broader educational community the church had learned much over the last few decades about how to respond to reports of abuse and care for victims and families. “Our interaction with civil authorities has been instrumental in shaping our policies and procedures for the protection and care of children. When a pastor, staff member or volunteer has reason to believe a child is the victim of abuse or neglect, our policy requires those individuals to report it immediately to civil authorities,” he said. “Every Sunday, hundreds of families participate in our church services and entrust their children to the care of our staff and volunteers. We will continue to work hard to ensure our church is a place of safety for children and a place of healing for victims.”

Stanley shares some insights from her investigation with TIME. Her reporting was subsidized in part by a Fund for Investigative Journalism grant.

TIME: How did you decide to investigate the sexual abuse in Sovereign Grace Ministries?

STANLEY: More than one church leader assumed the victims and lawyer Susan Burke brought this story to me, as a kind of trial-by-media stunt. That assumption isn’t true. I had seen some local news reports about Sovereign Grace, and I approached Burke, asking if she would put me in touch with any of the plaintiffs she represented. It took months to establish trust with those involved. Many of them had been anonymous in their class-action lawsuit, and I wanted the survivors to have agency in deciding whether or not to talk to me. I started with one family, and then I met with another, and from there, I was able slowly to gain introductions to others.

The Catholic Church has been taken to task over abuse for decades now. Evangelical ministries are now facing their own abuse crises. In the media, we’re hearing more about these stories. Some of these allegations confront abuse that is decades old. From just the past year, I’m thinking of reports about Josh Duggar of 19 Kids and Counting and Bill Gothard, a Christian homeschooling advocate. I’m also thinking about Buzzfeed’s recent story on Jesus People USA and Kiera Feldman’s 2012 investigation of abuse in a Tulsa megachurch. (Of course, other religions are not immune from sexual abuse scandals either.)

The sad reality is that sexual abuse is widespread everywhere, not just in religious communities. The statistics I saw were one-in-four girls and one-in-six boys will be sexually abused before the age of 18. The experts I spoke to didn’t say these statistics are worse in evangelical churches, but they did say that abusers could prey on trusting religious communities, which give them access to children. That’s why churches need policies in place to protect children and handle abuse when it happens. That means reporting suspected abuse to authorities immediately, instead of handling it internally. Abuse is a sin, but it’s also a serious crime.

What challenges did you face getting the reporting?

Trauma reporting is challenging by its very nature. You take care not to re-victimize victims. And this was a complicated story to unravel and tell.

A lot of the reporting involved spending hours in courthouses around the D.C. suburbs, digging through case files, a process that I actually enjoy. But in these types of cases, which deal with minors and abuse, some court files are sealed, which is another obstacle.

The churches, for the most part, declined to cooperate. A lawsuit complicates who is willing to talk to you, and I am sympathetic to that. I talked to the churches in Maryland and Virginia very early on in my reporting process, letting them know I was doing the story, and I kept in touch with them about my progress until the very end, giving them chances to respond to my findings.

Some church leaders expressed that they wanted the story to go away, so the community could move on. They were tired of rehashing it. On one level, I understood that, but I was also talking to victims who had their lives irrevocably changed—they couldn’t just move on. These survivors are women and men in their twenties, thirties, and forties, whose marriages have been affected, who have been in psychiatric inpatient treatment, who live in terror of their own kids going to a sleepover. I’m sure they wish it could all just “go away” too. But it doesn’t.

What has the reaction from the church community been to you, and to your story?

The feedback from the victims and their families has been overwhelming positive, and I’m thankful for that. Right up until the article went to press, I was getting negative emails from some church members, but those messages seem to have dissipated. Others from the Sovereign Grace flock were grateful the story was being told. Since its publication, I have also been hearing from people who want to share with me stories of abuse from other ministries. The day after the magazine hit newsstands, I got a card from Covenant Life Church, signed by some of the elders, saying the pastors prayed for me that morning. That was a first for me.

Some of the leaders at Sovereign Grace Ministries had outsized influence in evangelicalism at large—Joshua Harris, one of their former pastors, wrote a book I Kissed Dating Goodbye, which as you point out is an evangelical cult classic and shaped how evangelical millennials grew up understanding sex. What observations can you share now about the state of sexual ethics in the evangelical church more broadly?

I can’t speak to all of evangelicalism, but I can say there are troubling messages sent to sex-abuse survivors in church cultures that prize abstinence until heterosexual marriage. What does a young girl make of her “purity” if her father molests her? What does a young boy think if a male church member sexually assaults him? Churches that advocate a conservative sexual ethic should address those messages.

Does this kind of circumscribed sexual environment give way to more sexual abuse? Some people I talked to say, yes, this is repression and it leads to abuse and acting out sexually. All the perpetrators from my story were male—several were teenage boys—and they were members of a ministry that advocated strict sexual mores. Books like I Kissed Dating Goodbye promote courtship. Modesty is important. Abstinence is too. Underpinning much of these teachings is a patriarchal understanding of Christianity, where men are in charge. In a perfect world, those power dynamics would not be abused, but as Christians teach: We’re not living in a perfect world.

How does the legal system currently help or hurt victims of child sex abuse? You wrote that Susan Burke, a leading abuse litigator who is defending the Sovereign Grace victims, has called this case “the toughest” she’s ever worked on.

I was surprised how much the laws vary from state to state. Statutes of limitations—which put time limits on when you can file charges or sue—can be an issue for victims. In Maryland, unlike some states, there is no statute of limitations for bringing criminal charges in felony sexual abuse cases, which is why Nate Morales went to jail decades after he abused boys at Covenant Life Church. But Maryland limits when you can sue over child sexual abuse; you can be no older than 25. In reality, victims often don’t realize the long-term damage they have suffered from sexual abuse until they are much older. And as I found out in my reporting, civil lawsuits aren’t just about the money. They are a tool to see if there was a cover-up. It’s difficult and rare to criminally prosecute religious leaders who covered up abuse, so lawsuits are an avenue to get transparency and justice from the institution, not just the abuser.

About half of U.S. states specifically require clergy to report child abuse, but still others exempt them, through what’s known as clergy-penitent privilege. I think there are real problems with these exemptions. This is an oversimplification, but basically, if a church member confesses abuse to a pastor, or the knowledge is received from a victim in a pastoral capacity, the minister may not be legally obligated to report the abuse. The information may be privileged, as it would be with an attorney. I can understand that pastoral confidentiality is important, and so are religious freedom considerations. But it seems to me that a workable compromise would be to do what states like Texas and West Virginia and North Carolina do: Clergy-penitent privilege exists, but not in cases of child abuse.

What happens next for the victims? For the church? Is justice possible?

Susan Burke, the lawyer for the victims, has said she wants to file another lawsuit in Virginia. That suit wouldn’t involve all the original plaintiffs because some are too old to file suits. So it would likely involve only two of the survivors from my story. Above all, I think many of the families want Sovereign Grace to acknowledge publicly that mistakes were made. A little more transparency might go a long way. They want that accountability. It’s galling to them that Sovereign Grace leaders like C.J. Mahaney are still revered, still headlining conferences, and still running churches, with powerful evangelical allies on their side. Some of the parents, like Pam Palmer and Sarah and Richard, have become activists around these issues. They know it may be too late to get justice for all of the Sovereign Grace plaintiffs, but they want the laws to change for future victims. And they want churches to better handle abuse in the future. 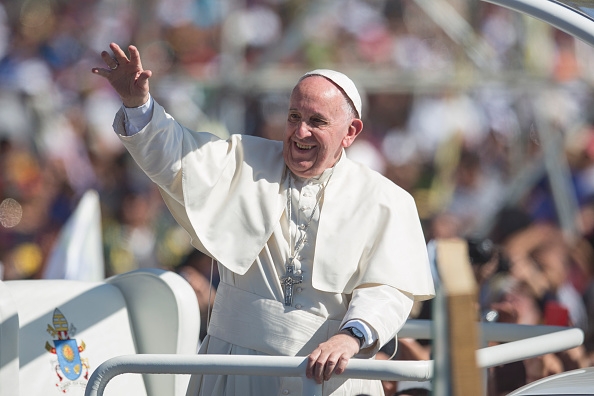