Donald Trump’s new favorite attack on the stump is to call Ted Cruz a liar. But on Tuesday, Trump himself said something untrue in an attempt to bolster his claim, misattributing a quote about Cruz to a former Senator.

“Unreal! Highly respected Senator Tom Coburn- said this about Cruz,” the business mogul tweeted, attributing the quote “He is, without a doubt, one of the most dishonest people in DC,” to Coburn.

Trump then repeated the quote during a rally in North Augusta, S.C. “Did you see the Senator from Oklahoma just came out with a statement? One of the most incredible statements … he came out with such an unbelievably strong statement that Ted Cruz is the most dishonest person.”

In truth, that quote about Cruz came from a liberal blogger about four months ago, not from a former U.S. Senator in a recent statement.

The link in Trump’s tweet goes to an October post by Allen Clifton on a site called Forward Progressives, which begins, “I’ve made no secret of my total disdain for Sen. Ted Cruz. He epitomizes everything that’s wrong with the Republican party. He is, without a doubt, one of the most dishonest people in Washington and, in my opinion, a complete sociopath.”

Clifton’s post (he’s one of Forward Progressives’ co-founders) goes on to quote Coburn criticizing Cruz for contributing to congressional gridlock. Coburn called over-promising in Congress the “Cruz effect,” where “you create greater disappointment in the hinterlands, because you gave them a false hope, knowing that you couldn’t accomplish it, but it was about yelling, and screaming, and waving the flag.”

But the quote Trump repeated Tuesday was from the blogger, not Coburn.

“It’s an absolute fabrication. I’ve never said that, period,” Coburn told the Washington Examiner Tuesday afternoon. “It’s unfortunate he would use my name to say something dishonest.” 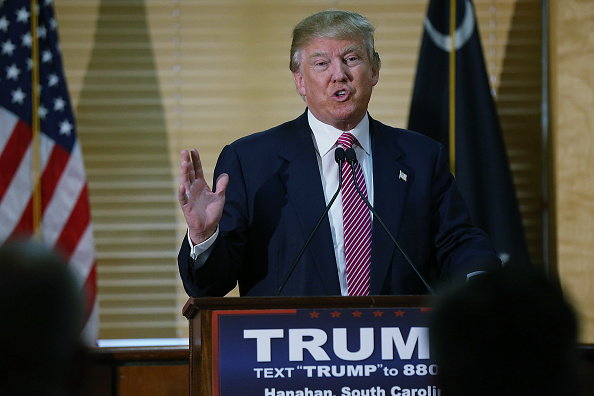