Organizers Pull the Plug on Paris Photo in Los Angeles

Paris Photo Los Angeles—scheduled to run for the fourth time from April 29 to May 1 at Paramount Studios—has been cancelled due to the previous editions’ low gallery sales, French organizer Reed Exhibitions announced this week.

“Unfortunately, we must concede that after three consecutive years trying to install Paris Photo in Los Angeles in a sustainable and lasting way,” says Jean-Daniel Compain, a Senior Vice President at Reed Exhibitions France.

While garnering critical acclaim and public success, the Paris Photo sister fair failed to attract enough sales to justify continuance, say the organizers with Compain attributing the downward spiral to the Los Angeles market, citing a lacking presence of local collectors at local fairs. By last year, Paris Photo Los Angeles had reportedly lost some of its international flavor, especially after its visionary, the fair’s former director Julien Frydman, left at the end of 2014.

“Despite the abundance of collectors in Los Angeles and California that figure among the buyers regularly in attendance at international fairs, the level of sales during Paris Photo Los Angeles is not sufficient to support such a fair and to offer our exhibitors the best conditions of return on their investment,” Compain says in a release. He added that the organizers “continue nonetheless to explore other paths for the international development and expansion of our fair.”

Recent events, too, may have played a part in the fair’s closure. Paris Photo 2015 closed early last November in light of the November terrorist attacks in Paris. As a result, some American galleries are said to have lost money and asked to be reimbursed for their losses—something that could have deterred big name galleries in Los Angeles, French newspaper Le Figaro reports.

However, some fair supporters say there were other elements at play. “Our decision to attend only Paris Photo in Paris has more to do with our exhibition schedules and commitments in New York,” the Yossi Milo Gallery tells TIME. The gallery participated in the first edition of Paris Photo LA in 2013. “Paris Photo LA was a wonderful fair for the city, the galleries and the collectors based on the West Coast. I hope that its closure is not an indicator of the current market.”

For local photographer Zoe Crosher, the closure is a huge loss. “Truthfully, I’ve never spent so much time at a fair as I did at Photo LA,” Crosher says. “It really allowed for a particular type of meandering and exploring. I truly loved being on the lot, from the entry/red carpet to the fake Brooklyn stoops to the larger sound stages, baking in the blazing hot sun, surrounded by food trucks, never sure what I was going to find. I will miss it for sure.” 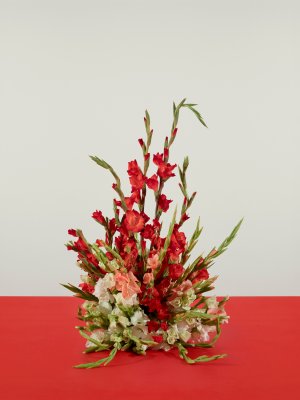 Pacts and Petals: The Silent Observers of Historical Moments
Next Up: Editor's Pick