The Rise and Fall of Boutros Boutros-Ghali at the U.N.

The Egyptian diplomat Boutros Boutros-Ghali, whose five years at the helm of the United Nations was marked by war in Europe and genocide and famine in Africa, died on Tuesday at the age of 93.

Boutros-Ghali, a seasoned diplomat who helped negotiate the Camp David accord between Egypt and Israel, became the sixth secretary general of the U.N. in 1991. His election was historic as the first African and first Arab to hold the post. “He won under the African banner, but he is not black. He is an Arab who is a Coptic Christian with a Jewish wife. He represents the Third World with the stamp of Paris-honed sophistication; he is the son of a wealthy family, the grandson of a Prime Minister” wrote TIME in Dec. 1991, soon after his election.

Concerns over his age — he was then 69 — his perceived arrogance, and his closeness to France led the U.S. to have misgivings about Boutros-Ghali from the start, according to the Guardian. To assuage those concerns, Boutros-Ghali promised not to seek re-election after his first term — a pledge that he would later fail to honor.

The international community hoped Boutros-Ghali would fix a U.N. which TIME said in 1992 had become “overstaffed, underfunded and mismanaged” as well as “hobbled by petty politics.” His entry to the organization came at a moment when the world looked to the U.N. to take a leadership role in fostering global security:

But the tasks he faced were daunting: civil wars and famine were ripping through Somalia, nationalism and ethnic conflict riddled Yugoslavia, while the conflict between Hutus and Tutsis was gearing Rwanda towards genocide.

Little more than a year into his post Boutros-Ghali was facing a barrage of complaints over the body’s apparent inability to “deal aggressively with the problems of a world reinventing itself after the cold war,” as TIME wrote in Jan. 1993:

According to the New York Times, 60,000 peacekeepers were already posted in a dozen trouble spots, including El Salvador, Angola and Mozambique in the early 90s. Writing in TIME in Aug. 1994, Boutros-Ghali vented his frustrations over the world’s inaction in Rwanda, giving light to just how overstretched the U.N. had become:

His inability to reform the debt-ridden U.N. irritated the U.S. which was then, and remains today, the largest source of funding for the body and its peacekeeping efforts. He also courted controversy by condemning Western members of the Security Council for obsessing over Yugoslavia while ignoring the humanitarian crisis in Somalia. In Jan. 1993 TIME wrote:

The Clinton administration chafed at Boutros-Ghali’s leadership through the early 1990s as the disastrous Battle of Mogadishu and the violent disintegration of the former Yugoslavia put U.S. foreign policy in the spotlight. In 1996, TIME acknowledged that “Washington never gave Boutros–Ghali much of a chance”:

Eventually the U.S. got its way, vetoing his second term in office in Nov. 1996 despite his support from 14 other member states in the Security Council. After the U.S. cast its veto, the Associated Press reports that France and Egypt separately issued statements expressing support for the Egyptian diplomat, noting that Washington had acted without the support of any other country.

At the end of his five-years, Boutros-Ghali proved yet again to be a man of firsts at the U.N. He was the first general secretary not to win a second term. 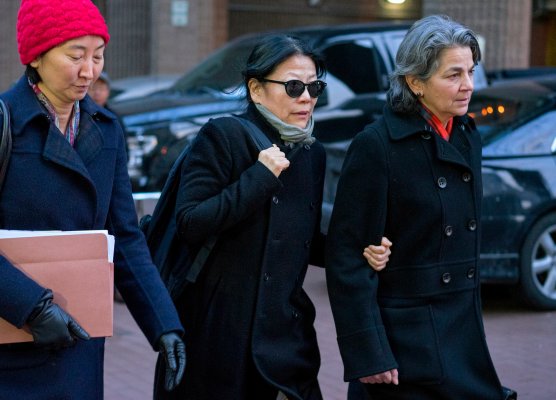