Here's the First Look at a 'Super-Earth'

This artist’s impression shows the exoplanet 55 Cancri e as close-up. Due to its proximity to its parent star, the temperatures on the surface of the planet are thought to reach about 2000 degrees Celsius. Scientists were able to analyze the atmosphere of 55 Cancri e. It was the first time this was possible for a super-Earth exoplanet.
ESA/Hubble/M. Kornmesser
By Jeffrey Kluger

Hunting for planets circling other stars is not an easy job. The most reliable way to do it is to look for the tiny dimming of stellar light as an orbiting planet passes in front of its parent sun—and the key word here is tiny. If a star were the equivalent of 20,000 light bulbs, the dimming caused by a planet is the equivalent of removing one bulb.

Still, using that astoundingly subtle method, the Kepler Space Telescope, launched in 2009, has discovered more than 4,000 candidate exoplanets and has confirmed more than 1,000 of them. Now comes the even harder part: determining if any one of them could be home to life.

Since the distance to exoplanets is typically measured not in millions or even billions of miles but in light years, there’s little chance of spacecraft visiting them anytime soon. But there’s an at-a-distance option available too. As a planet makes one of its transits in front of a star, the right kind of telescope with the right kind of equipment could analyze the starlight as it passes through the planet’s atmosphere—assuming it has one—looking for the chemical fingerprint of methane, oxygen, carbon dioxide or other indicators of possible biology.

Just that kind of analysis has now been conducted for the first time, thanks to the Hubble Space Telescope and researchers at University College London in the UK, who studied the atmosphere of the planet 55 Cancri e, orbiting a star 40 light years from Earth. The animation above reveals what the planet and its star would look like if you could see them up close, and while that’s not possible yet, the findings of the Hubble study, which will be published in the Astrophysical Journal, are the next best thing. They are very good news as proof that the spectral technique can work, even if they’re very bad news in the hunt for a habitable planet. The atmosphere of 55 Cancri e, the findings show, is mostly hydrogen and helium, plus a few wisps of hydrogen cyanide—a chemical that is as nasty as it sounds—and no water at all.

Still, there is good news here too. First of all, hydrogen cyanide cannot exist in the quantities it does on 55 Cancri e without the existence of carbon as well—and carbon is one of the essentials for life as we know it. What’s more 55 Cancri e has eight times the mass of Earth, which brings it within the 10-mass limit required to be considered a super-Earth. That’s encouraging because while eight or 10 Earth masses sounds like a lot, it’s much smaller than gas giants like Uranus and Neptune, and likelier to have a rocky surface on which life could emerge.

None of this means 55 Cancri e is home to any aliens. But all of it suggests that our search for E.T. just took an important step forward and that when the right world comes along, we’ll have the tools we need to learn its secrets. 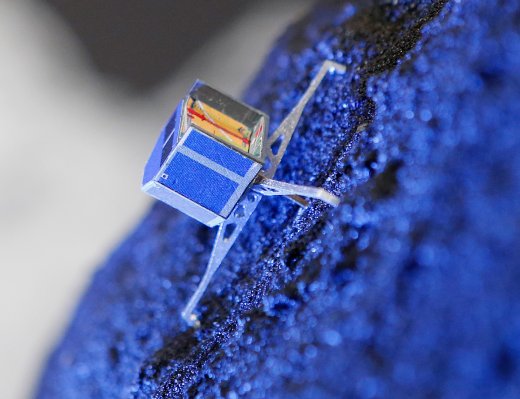 Astronomers Say Goodbye to the Philae Comet Lander
Next Up: Editor's Pick