Already reeling from low prices, officials with Mexico’s state-run Pemex are also fighting an ever intensifying battle against pipeline theft as organized crime tries to gain a foothold in the country’s newly reformed energy sector.

From loosely organized groups of locals to feared drug cartels, those who believe there is a significant amount of illicit profit to be made here are coming out of the woodwork—and for starters they are eyeing pipelines.

The statistics tell an alarming story of a rapidly increasing number of pipeline thefts year over year.

According to a report from Pemex released in November of 2015, incidents of illegal pipeline tapping rose a staggering 43.7 percent in 2014 over the previous year. This amounts to over 4,100 recorded pipeline taps and over 7 million liters of stolen gasoline. Pemex estimates the cost of the thefts to be $1.29 billion.

But lost revenue is just part of the story.

Fuel theft is incredibly dangerous, and there are increasing reports of injuries and death. Earlier this month, criminals illegally tapped a pipeline, causing an explosion. They were lucky to escape without injury but the pipeline had to be shut down while officials investigated the theft and repaired the damage.

In addition to pipeline tapping, thieves have reportedly broken through security perimeters at fuel facilities and raided disabled transport trucks.

Environmental damage is also a major concern for Mexican officials.

In September, an illegal pipeline tap caused 4,000 barrels of crude to pour into the San Juan River, threatening the immediate water supply for surrounding residents and farmers.

Just downstream from the spill sits Monterrey, Mexico’s third largest city and home to over 4.1 million people. Pemex assigned more than 500 people to assist with the clean-up, which is expected to take months. The full scope of the environmental damage to the surrounding plant and wildlife may not be understood for quite some time.

Criminal organizations have clearly seen an opportunity in fuel theft.

The Zetas gang reportedly has an entire cell dedicated to fuel theft. Their operatives are equipped with specialized vehicles that can smuggle thousands of liters of stolen fuel. This new form of profit is an obvious departure from their usual means of revenue, which include drug smuggling and kidnapping.

It is almost impossible to track stolen fuel after the fact, which is often sold by the bucket to locals. Much of the fuel makes it back into system, often sold to franchise gas stations that believe they’re buying from a legitimate middle man. Countless drivers in Mexico could be unknowingly filling up at the pumps with this stolen fuel.

Oilprice.com: Is Venezuela Trying To Hide Oil Assets With This Bizarre Move?

So what are Mexican authorities and Pemex officials doing to fight back against this rapidly growing trend? Tougher penalties have been imposed for those caught stealing fuel, although many argue that this is nothing more than a symbolic gesture with inadequate policing.

Pemex has stopped transporting fully refined gasoline and diesel through its pipelines in order to deter further theft. Without the ability to further refine the fuel, thieves are unable to use the stolen product or sell it to unsuspecting customers. Pemex should know by the end of 2016 if this has helped curb theft.

The year ahead looks to be difficult for Mexico’s state-owned oil company. They are fighting an uphill battle against low oil prices, budget cuts, and criminals. But in a country ridden with corruption and organized crime, solving the problem of fuel theft is much easier said than done. 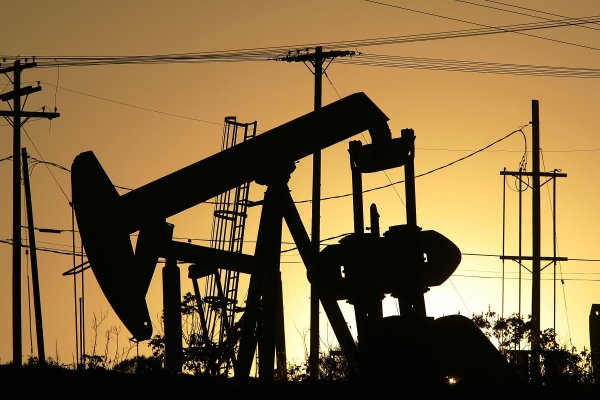 A Third of Oil Companies Could Go Bankrupt This Year
Next Up: Editor's Pick