A New Public Finance Tool to Help the Most Vulnerable

Tracy Palandjian is CEO of Social Finance, the nonprofit that developed the South Carolina and Connecticut Pay for Success projects. David Gergen is a professor of public service and co-director of the Center for Public Leadership at the Harvard Kennedy School.

Today, Republican Governor Nikki Haley of South Carolina and Democratic Governor Dan Malloy of Connecticut, despite many differences, independently and simultaneously embraced one of the country’s newest and most bipartisan initiatives for major social change: Pay for Success, an innovative tool in public finance that successfully drives resources towards effective social programs that improve lives.

Pay for Success is still in its early stage, but interest is burgeoning both in the U.S. and globally. The first Social Impact Bond (another name for Pay for Success) was launched five years ago in the U.K, and there are now more than 50 projects underway in 12 countries, including 11 projects in the U.S. From Arkansas to Pennsylvania to California, at least two dozen states—balanced between red and blue—are pursuing Pay for Success. In Congress, a bipartisan coalition has formed around Pay for Success, led by Senators Orrin Hatch (R-Utah) and Michael Bennet (D-Colo.) as well as Representatives Todd Young (R-Ind.) and John Delaney (D-Md.), to free resources to promote Pay for Success models in state and local governments.

Here’s how it works: Successful nonprofits with proven impact and a desire to expand their services tap private investors to cover the up-front costs. At the same time, government (at the local, state or federal level) enters into a multi-year performance-based contract in which it agrees to repay those investors if and when the project achieves its desired impact, based on mutually predetermined and independently verified goals. If the program does not measurably improve the lives of the individuals being served, the government owes nothing. In other words, government only pays for results, and investors only benefit if society does.

For example, in 2013 Social Finance worked with Bank of America to raise $13.5 million of private capital to fund a project with the Center for Employment Opportunities to increase employment and improve public safety through a comprehensive jobs program for people leaving prison in New York State. If the program reduces recidivism and increases employment compared to the control group by predetermined levels, then New York State will pay investors back their principal and a rate of return.

South Carolina is using Pay for Success to fund statewide implementation of Nurse Family Partnership, a home-visitation program which works with low-income moms to encourage healthy pregnancies and strong early childhood development. Connecticut is putting in place a Pay for Success contract to expand Family Based Recovery, a program that promotes family stability through in-home support to parents struggling with substance abuse. Both programs have a strong evidence base in their work to promote individual opportunity and family stability.

The payoffs for both projects, if successful, will be substantial and lasting. When nurses visit the homes of mothers in poverty, that leads to healthier births, and children who are more likely to be ready for kindergarten, less likely to need special education, and more likely to stay out of the criminal justice system. When families get the support they need to stay together, children develop into happier, healthier adults with a better chance of embarking on a stable life trajectory, and avoid the enormous social and financial costs of foster care and other out-of-home placements.

Pay for Success is essentially about ensuring value for taxpayers—not only because government just pays for programs that work, but also because these projects encourage investments in prevention. Too often governments fail to invest early and upstream, even when we know that an ounce of prevention is worth a pound of cure. Vaccines are cheaper than treating disease; job training costs less than incarceration. And these are only the quantifiable benefits to communities—they do not capture the profound and intangible value of a life better lived.

Some have argued that Pay for Success is unnecessary—that these types of programs should be funded through regular government appropriations. But this view ignores the realities of policymaking. First, governments at all levels are cash-strapped. And even when there is available funding, they struggle to defend investments in preventative programs, which are not quick wins. Governments also often lack the capacity to measure outcomes and hold non-profits accountable for results. Finally, shifting policy priorities often mean programs can be funded one year, but not the next, making it hard for even the best nonprofits to plan for the future.

Pay for Success is not a solution to every social challenge. But if designed thoughtfully to align the incentives among governments, markets and civil society, the model is a universal win: People in need get access to vital programs, taxpayers can hold governments accountable, high-performing nonprofits are rewarded with new sources of capital, and investors receive both financial and social returns for their participation in the greater good.

At a time when Republicans and Democrats are focused on ideological differences to a paralyzing effect we need to reorient our policymaking toward innovative ideas that create common ground. Pay for Success rallies uncommon allies across sector lines and political boundaries around a common purpose. It is a tool for building smarter, more effective government. Just ask Governors Haley and Malloy.

Tracy Palandjian is CEO of Social Finance, the nonprofit intermediary that developed the South Carolina and Connecticut Pay for Success projects and that is the sister organization to Social Finance U.K., which pioneered the world’s first Social Impact Bond in 2010.

David Gergen is a senior political analyst for CNN and has been a White House adviser to four presidents. He is a professor of public service and co-director of the Center for Public Leadership at the Harvard Kennedy School and an advocate for Pay for Success. 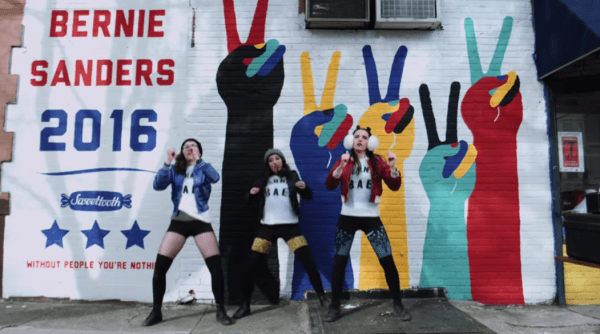 Bernie Sanders Now Has His Own Pop Anthem Called 'Bernie Bae'
Next Up: Editor's Pick