Adele‘s live performances are typically memorable affairs, but during the Grammys on Monday night, her performance of “All I Ask” from her record-breaking album 25 was memorable for the wrong reasons.

Viewers tweeting along with the broadcast could tell something was off about the performance: why did the sound cut out for a few seconds? Why did one of pop music’s most talented singers sound a little flat at times? And what was that weird guitar sound?

A CBS spokesperson told TIME in an email that there was a five-to-eight second technical issue with the broadcast that was outside the network’s control. Adele herself offered an explanation on Twitter after the show, saying that a microphone accident threw her off: “The piano mics fell on to the piano strings, that’s what the guitar sound was,” she wrote. “It made it sound out of tune. Sh-t happens.”

Neil Portnow, the president of the Recording Academy, said after the show that the Grammys sound team tried to cover up the mic error by switching to a backup system but that the transition was “not seamless.” “We have backup systems and it order to get to the backup system, you have to cut off the initial system,” he explained. “Usually, it is seamless … it was fixed in a matter of seconds, but we’re never happy when something like that happens.”

Some fans on Twitter suspected there might have been something wrong with Adele’s earpiece, a device that helps singers hear themselves during live performances and stay in tune, though Billboard reports that Adele appeared to be performing without one.

On the bright side, as many Twitter users remarked, an off Adele performance is still better than many artists’ good performance. The mishap also prompted Adele to treat herself to some In-n-Out Burger, so who really won big Sunday night? “Maybe it was worth it,” Adele said of her fast-food feast. 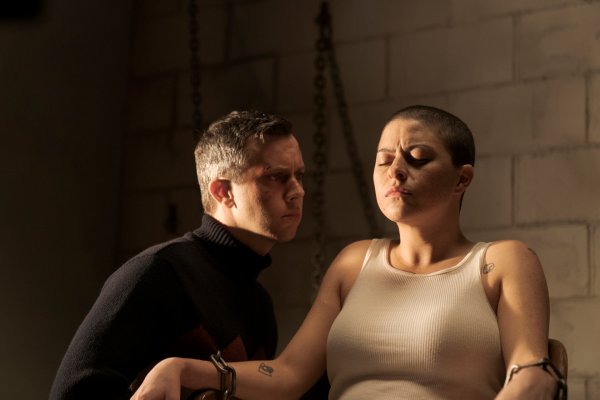 Search Party's Creators on Season 4 Twist
Next Up: Editor's Pick