Fighting Between Ukrainian Forces and Separatists Is Surging Once Again

A member of the self-proclaimed Donetsk People's Republic forces loads a shell onto a self-propelled artillery gun during tactical training exercises in Donetsk region, Ukraine, on Feb. 4, 2016
Alexander Ermochenko—Reuters
By Nash Jenkins

Conflict in eastern Ukraine between state forces and Russian-backed separatists has escalated in recent weeks, despite a series of cease-fire attempts over the past year, Radio Free Europe/Radio Liberty (RFE) reported on Tuesday.

“It’s still, unfortunately, an active conflict,” Lamberto Zannier, secretary-general of the Organization for Security and Cooperation in Europe, Europe’s primary security body, told the broadcaster. “We see … ongoing military activities, especially on the separatist side.”

The humanitarian situation in the country is bleak, he said. Civilians have accounted for many of the conflict’s casualties and hundreds of thousands have been displaced.

Heavy weaponry has been moved back to the front and combatants are engaging in nighttime maneuvers, RFE reported. 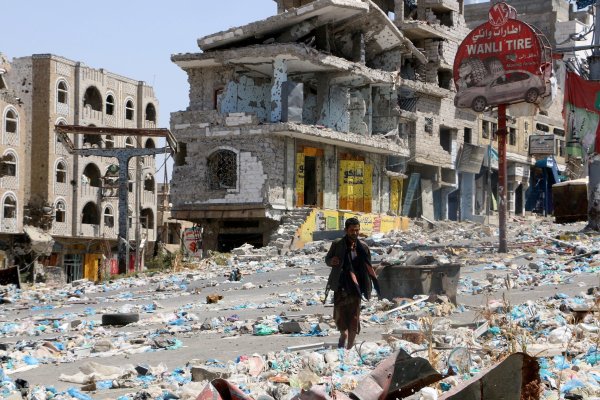 Yemeni City of Taiz on the Brink of Famine
Next Up: Editor's Pick