HBO’s Girls, in its penultimate season, has long been one of the trickiest shows on the air to get a hold on. It would be silly to demand likable characters—not to mention hopeless, given our current TV age of morally ambiguous protagonists—but Lena Dunham’s Hannah Horvath has flirted with outright sociopathy so often that it’s borderline exhausting. (Never mind the degree to which Hannah gets tied up in Dunham’s own persona in the public imagination.) Good news for the show’s haters: season 5 of Girls resolves the angsty cloud that has long swirled around the series by making it, more than ever, something generic. Hannah is maturing into a person better able to fit into polite society, which is good! The fact that the show is doing the same, though, gives us something to mourn.

The season begins at the wedding of Marnie (Allison Williams), a ceremony seemingly attended only by people with a close personal tie to—and strong feelings about—Hannah. This is an adherence to tropes that the Girls of past seasons would never have dared: Where is a new person that casts familiar characters’ solipsism into new relief, or raises new questions about a couple who’s been having the same fights since the moment they met? Weddings are among the most stressful events in life precisely because of the way they bring unfamiliar elements into conflict. Using a wedding to relitigate the same tired character dynamics is dull, not only because they blunt Hannah’s sharp edges. When everyone around her is acting like a maniac in ways governed by overdetermined plot mechanics, we lose sight of her.

Some of that can be credited to Hannah growing up—learning the right thing to say in circumstances that once would have prompted a juicily ugly remark. Intriguingly, she’s now settled into a teaching gig and a relationship with the steady Fran (Jake Lacy). But outside of her home life, Girls now has the airlessness of a laugh-tracked sitcom.

One’s mid-to-late twenties are the time during which one sheds old attachments and creates new, more adult, alliances; why, then, are we still living with Marnie’s relationship crises, or with Elijah’s (Andrew Rannells’s) dating life? These feel piped in from a less interesting show, and drag us away from the show’s real action. A romantic pairing between Adam and Jessa (Adam Driver and Jemima Kirke) is played well by both and raises ideas about the substance-abuse recovery process. But its clichéd nature (two familiar characters suddenly deciding they love each other!) also plays up the fact that this show has entered its “no new friends” stage at the exact moment its characters should be branching away from each other.

The idea that the characters should splinter off isn’t just based on lived twentysomething experience. It would make for better TV. Last season, in which Hannah underwent a rigorous, and riveting, growing-up process at the Iowa Writers’ Workshop while all her friends just chilled out in Brooklyn made clearer than ever that the show is unbalanced. Hannah is among the most fascinating TV characters of all time, while her friends are Phoebes, or Charlottes, or Kramers: One-note characters who come with a preset list of quirks, and who feel less “alive” than “sometimes useful.” Fleeting new additions to the cast, from Hannah’s Iowa classmates to her compelling nemesis Mimi-Rose (Gillian Jacobs, who has moved on to Emmy-worthy work on Netflix’s upcoming Love), broadened her world, and our understanding of her. In season five of Girls, we’re just watching pinballs collide in new combinations. What does it teach us about Hannah, or millennials, or a creative life in New York? More than that, who cares?

The only one of the show’s central quartet who’s doing anything really new this season is Shoshanna (Zosia Mamet), off on a work sojourn in Japan that, if it’s a self-aware satire of the show’s perceived racial insensitivity, is too sharp by half. Frankly, I found the plotline, with its tittering maidens in awe of their American guest, wildly over the line. Such questions of good taste should matter less on a show like Girls, one that’s done a decent job of addressing viewer criticisms over the years and that’s also been dedicated to saying just about anything. But if the show is going to act like a conventional sitcom with little on its mind, it’s fair to treat its more excessive touches as mindless instead of subversive.

But the one reason to watch Girls’s new season—unexpectedly—is Hannah’s relationship with her newly out-of-the-closet father, played by Peter Scolari. The evolution of Tad Horvath has long happened at the show’s sidelines; he lives in Michigan, after all, while his daughter’s cavorting in New York. But through wonderful and apt specificity, his visit to his daughter this time around shows us just how much she’s grown and how much growth lies ahead of her. He’s a familiar character put to use not in a new coupling or in a scene where he tells off Hannah again. Friends come and go just about everywhere but TV universes, where we’re weirdly stuck with them until the series finale. Yet family really is forever. The manner in which Hannah’s family ties have evolved represent the very best of Girls: A show that has become convinced it’s about a group of pals, but one that should be about the birth of one adult consciousness. 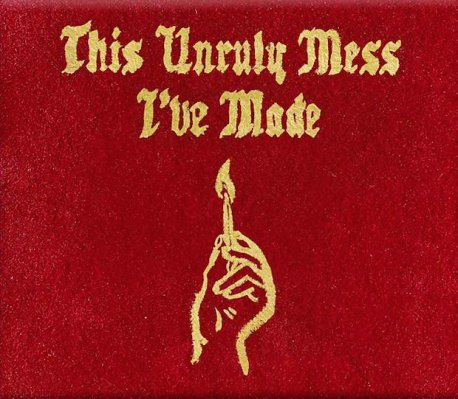