Well, this is going to be an interesting week — a week in which the ultimate Donald Trump question may, or may not, be answered: Can he say absolutely anything at all and still win the Republican nomination? It has already been established that there is no upper limit to the boorishness he is permitted by his foolish followers. But in Saturday’s debate, Trump firmly established himself as a policy apostate in the GOP race. And the question now is, will conservatives tolerate a candidate who is well to the left of the Democratic mainstream on some crucial national-security issues, and also a supporter of Planned Parenthood?

We knew most of this before, but Trump placed the following markers in the South Carolina debate:

Will any of this matter? Who knows? Trump, apparently, could be celebrated for the appearance of truth-telling when he slimed John McCain and Megyn Kelly and New York Times reporter Serge Kovaleski (and Hillary Clinton’s mid-debate pit stop). These were the sort of nasty things that politicians just don’t say — and since politicians were thoroughly discredited in the minds of Trump’s followers, his impolitic ugliness could be confused with candor, and therefore mistaken for being willing to “tell it like it is,” even if he was telling it like it wasn’t. But he has crossed another line now: Will evangelicals consider his support for Planned Parenthood “telling it like it is”? And how will South Carolina’s large military community react to his calling George W. Bush a “liar”?

It is possible that Trump’s balloon may have lost air Saturday night because his puerile petulance reached new levels of infancy. But if Trump does begin to fizzle in South Carolina, it probably will be because he finally crossed an ideological line that he’d never crossed before.

And if he doesn’t fizzle … well, the Republican panjandrums are going to have to ask themselves what their party actually does stand for. 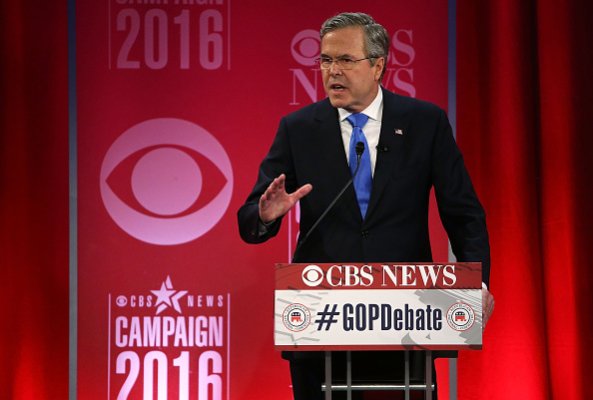