The U.S. Supreme Court is seen in at dusk in Washington, D.C., on Feb. 14, 2016.
Drew Angerer—Getty Images
Ideas
By Geoffrey R. Stone
Geoffrey R. Stone is a Edward H. Levi Distinguished Professor of Law at the University of Chicago.

A review of every Supreme Court nomination since 1955 reveals that, even when the Senate is in the hands of the opposition party, nominees have been easily confirmed if they are 1) perceived to be very highly qualified, 2) they are perceived to be moderate in their views, or 3) their confirmation is seen as unlikely to have a significant impact on the ideological balance on the court.

In other words, every nominee in the past 60 years who has at least one of those three characteristics has been easily confirmed, even when the Senate was controlled by the opposition party. The most divisive confirmation battles since 1955, which involved Clement Haynsworth, Harrold Carswell, Robert Bork and Clarence Thomas, all involved nominees who were seen as lacking all three of these characteristics.

Thus, if accepted practice holds true to form, President Barack Obama’s nominee to replace Justice Scalia should be confirmed, even by a Republican-controlled Senate, if the nominee has no ethical problems and is either moderate, or very highly qualified, or will not have a significant impact on the balance of the court.

This is not to say that ideology does not play a role in the confirmation process. Nominees who are perceived as having relatively moderate views, such as Byron White, Sandra Day O’Connor and Stephen Breyer, were approved by an average of 96% of the Senators in the confirmation process, whereas nominees perceived as having more strongly ideological views, such as Thurgood Marshall, Scalia and Ruth Bader Ginsburg, received an average of only 77% of the votes.

So, with this understanding, let’s assume that Obama puts forth a very highly qualified nominee who is perceived as a moderate liberal to replace Scalia. If history is any guide, the nominee should be easily confirmed, even by a Republican-controlled Senate, and even though the nominee’s views are markedly different from those of the very conservative Scalia.

In the highly polarized and profoundly dysfunctional world of the Congress these days, this seems unlikely. Tradition and constitutional order be damned. What matters now are politics and political outcomes. The Republicans in the Senate have declared that they will not confirm an Obama nominee, even though that person has not even been named yet.

In fairness, it should be acknowledged that the stakes at the moment are very high. Up until now, the court has been sharply divided along ideological lines, with four very conservative justices (John Roberts, Scalia, Clarence Thomas and Samuel Alito), four liberal justices (Ginsburg, Breyer, Sonia Sotomayor and Elena Kagan), and Justice Anthony Kennedy, who votes roughly two-thirds of the time with the conservatives, in the middle.

With even a moderate liberal justice replacing the very conservative Scalia, the outcomes in the court could change significantly in the future across a broad range of controversial issues, including campaign-finance reform, gun control, affirmative action, the death penalty, voting rights and abortion. That being so, it is understandable that Senate Republicans, hoping for the election of a Republican President in 2016, want desperately to fend off the confirmation of an Obama-nominated justice.

But this is not how it works. The Senate’s job in the confirmation process is to advise and consent, not to obstruct for the sake of partisan political gain. If the President nominates the sort of candidate I have posited, it is the constitutional responsibility of Senate Republicans to judge that nominee fairly and on the merits.

If the Republicans who now control the Senate carry out their threat and refuse to allow the nomination and confirmation process to go forward in an orderly and constitutionally appropriate manner, they will do grievous damage to our nation, and to our constitutional system of governance.

Suppose they refuse to confirm Obama’s nominee and then they do win the White House. Do they really think that Senate Democrats will then confirm their President’s nominee? Given the existence of the filibuster, even a minority of Democratic Senators can block a nomination.

Although the desire to obstruct in this situation is understandable, it would set a disastrous precedent for the future. Instead, Senate Republicans should work with the President to identify a relatively moderate nominee, and they should then just suck it up and do their job. Sometimes one’s oath of office — to preserve and protect the Constitution — requires one to do the right thing. 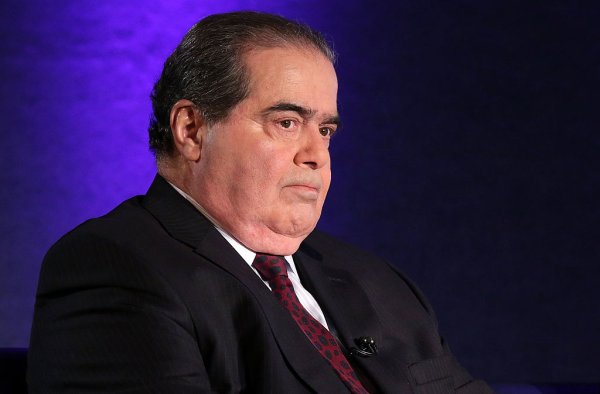 Conspiracy Theorists Pounce on Scalia's Death
Next Up: Editor's Pick