The Texas senator said he would prolong the process of the president selecting a new successor to the bench after Scalia’s death. “This should be a decision for the people,” Cruz told ABC News’ This Week host George Stephanopoulos. “Let the election decide it. If the Democrats want to replace this nominee, they need to win the election.”

Obama said he plans to make a nomination “in due time.” He also said the Senate would “fulfill its responsibility to give that person a fair hearing and a timely vote.” The death of the conservative Scalia has upended the Republican party and could change the Supreme Court, which previously swung 5-4 conservative.

“Right now, the court is exquisitely balanced,” Cruz said. “This next selection needs to be a referendum on the court. The people need to decide.” 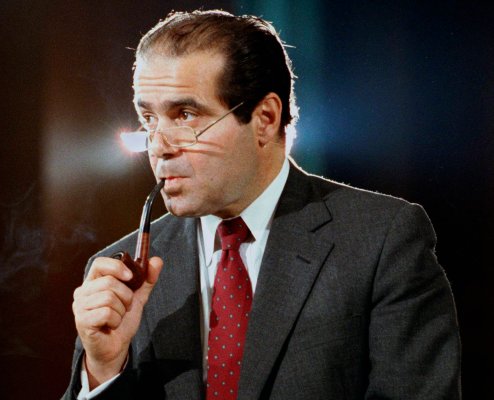 The Fight to Replace Antonin Scalia Will Be Ugly
Next Up: Editor's Pick