Sens. Marco Rubio and Ted Cruz got into a heated exchange about immigration reform at the Republican presidential debate on Saturday—with Cruz firing back in Spanish in an attempt to get in the last word.

Cruz had again accused Rubio of supporting “amnesty” in the U.S. Senate, accusing the junior Senator from Florida of saying so in an interview on the Spanish-language television network Univision.

That’s when things got nasty—and bilingual.

“I don’t know how he knows what I said on Univision because he doesn’t speak Spanish,” Rubio retorted.

Cruz then responded in Spanish, taunting Rubio. “Ahora mismo, díselo en Español si tu quieres” the Senator from Texas said, which roughly translates to “Right now, say it in Spanish. If you want.” 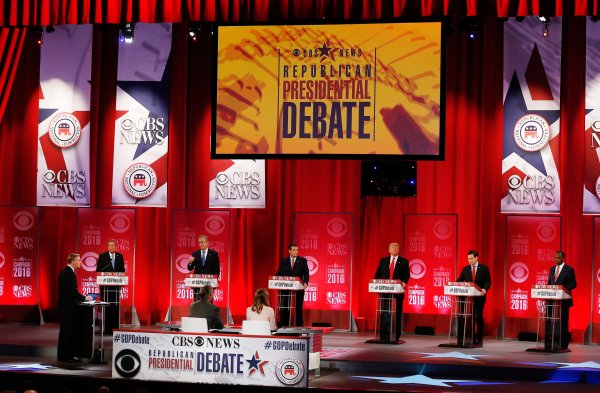 Read the Full Transcript of the Ninth Republican Debate in South Carolina
Next Up: Editor's Pick