President Obama said he would nominate someone to replace Justice Antonin Scalia on the U.S. Supreme Court, who died Saturday at age 79. Obama called Scalia a “larger than life presence on the bench.”

President Obama said those duties are “bigger than any one party.” Though Obama said the nomination process is important, he said Saturday night was about honoring Scalia’s life and offering condolences to the family.

“He influenced a generation of lawyers, judges and students,” Obama said. “Tonight, we honor his extraordinary service to our nation and remember one of the towering legal figures of our time.”

Obama’s signal that he will nominate a replacement flies in the face of statements made by Republicans on the campaign trail and in the Senate. Senate leaders signaled Saturday that the process would be difficult.

Senate Majority Leader Mitch McConnell said the “American people‎ should have a voice in the selection of their next Supreme Court Justice. “Therefore,” he said in a statement, “this vacancy should not be filled until we have a new President.”

McConnell’s statement was met with a fiery retort from Senate Minority Leader Harry Reid, who said leaving a seat on the Supreme Court vacant for a year until Obama’s successor takes office would be “unprecedented.”

“Failing to fill this vacancy would be a shameful abdication of one of the Senate’s most essential Constitutional responsibilities,” Reid said.

Scalia’s death came at a volatile time in American politics and as TIME’s Jay Newton Small writes, could upend both the Republican party and the Court. “Currently the court swings 5-4 conservative. But if President Obama manages to confirm a liberal to the bench, it will swing the court 5-4 the other way,” Jay writes. “This could have profound and reaching implications on everything from abortion and women’s rights to campaign finance and Second Amendment rights.”

President Obama has successfully appointed two justices during his two terms in office, including Justice Sonia Sotomayor in 2009 and Justice Elena Kagan in 2010. Though Obama said Saturday he would fulfill his presidential duty of appointing another justice given the seat left vacant by Scalia, the road ahead will be bumpy.

Obama did not say who he would be nominating in the coming months, but whoever he taps will likely face significant opposition from Republican lawmakers. 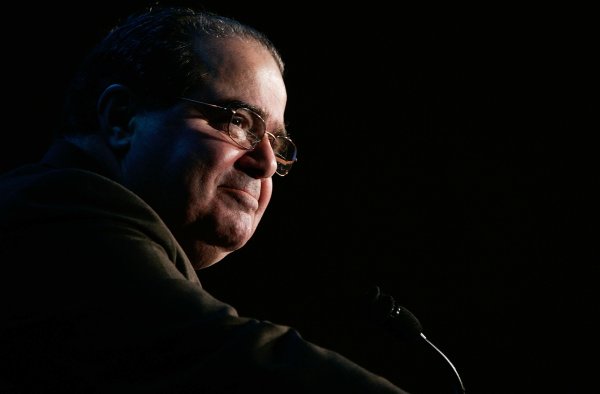