Vermont Sen. Bernie Sanders was pressed to answer questions about reparations during a forum on race and economic opportunity in Minneapolis on Friday, a month after he said he would not support reparations for African-Americans.

“So the question, specifically, my black son—O.K. I know you’re scared to say ‘black.’ I know you’re scared to say ‘reparations,'” Perry said. “But it seems like every time we try to talk about black people and us getting something for the systematic oppression and the exploitation of our people, we have to include every other person of color, so today can we please talk about, specifically, black people and reparations?”

Sanders replied: “What I just indicated in my view is that when you have—and you and I may have disagreements about this, because it’s not just black. It is Latino. There are areas of America, in poor rural areas, where it’s white.”

“So I believe that in a country which has more income and wealth inequality than any other country, then yeah, the time is long overdue to start investing in poor [communities],” he added.

Someone in the audience shouted, “say black!”

“I’ve said ‘black’ 50 times. All right, that’s the 51st time, but this is a national issue,” Sanders said. “What we want, and what I believe we should do is invest most heavily in those communities most in need.”

Sanders, had previously been asked how he would prevent “man-made health hazards” such as food deserts and lead-poisoning. The candidate addressed those problems, saying they exist in poor communities that are predominantly African-American or Latino, “but not always—sometimes they’re white as well.”

The exchange comes as Sanders has tried to reach out directly to black voters, who make up more than 60% of the primary electorate in South Carolina. He recently released an ad calling for unity across racial lines, and he received the endorsement on Thursday of the daughter of Eric Garner, an unarmed black man who was killed in a chokehold by New York City police officers in 2014. 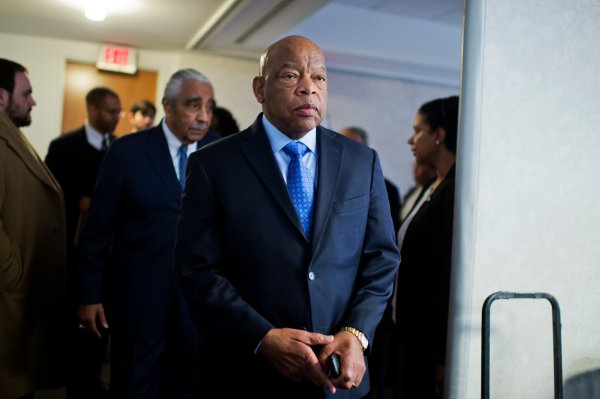