These Are the Winners of the TIME India Awards

A leading Indian steel manufacturer, an automotive giant and a fast-growing pharmaceutical company won the inaugural TIME India Awards at a glittering ceremony in the Indian financial capital Mumbai on Feb. 13.

TATA Steel, India’s first private sector steel company, won the award for Best in Class Manufacturing, which recognizes a business that has transformed its industry with its manufacturing prowess. In the Manufacturing Innovator of the Year category, the winner was Hero MotoCorp, the world’s largest manufacturer of two-wheelers by volume, which walked away with the trophy for its line of innovate scooters and motorcycles. Yogesh and Rajesh Agrawal, joint managing directors of speciality pharmaceutical company Ajanta Pharma, won the Young Maker of the Year Award, which recognizes outstanding young entrepreneurs from the Indian manufacturing sector.

Norman Pearlstine, Chief Content Officer for TIME Inc., announced the winners at a ceremony in Mumbai at which Indian Prime Minister Narendra Modi was the guest of honor. The awards kicked off a week-long series of events to mark the Indian government’s “Make in India” initiative to boost the country’s manufacturing sector. Leading international consulting firm McKinsey & Company was the knowledge partner for the awards.

“The recipients of the first TIME India Awards are world-class companies that are making a real impact on the rapidly growing Indian economy,” said Pearlstine. “We are pleased to recognize them for their efforts during Make in India Week.”

Speaking after the awards, Indian Prime Minister Modi said his government had launched its “Make in India” initiative to create new opportunities for the country’s youth. “We are working aggressively towards making India a global manufacturing hub,” he said.

“In the coming years many Indian companies may take the big leap to become global multinationals,” said Rajat Dhawan, Director, McKinsey & Company. “Winners of the future will be companies that not only `Make in India’ but `Make Better and More Efficiently in India.'”

The winners were selected among nine finalists, who were determined from a pool of approximately 3,000 manufacturing companies after extensive evaluation of qualitative and quantitative metrics. 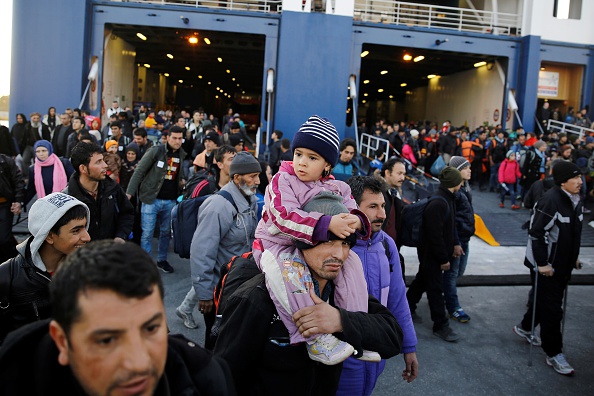 Refugees Arriving Faster in Europe in 2016
Next Up: Editor's Pick